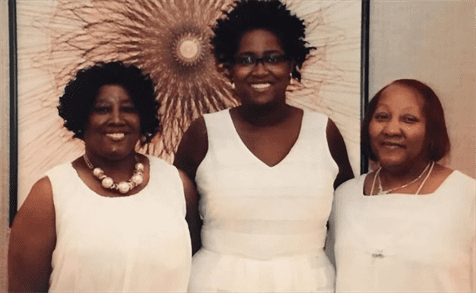 Yarnell Johnson had suffered a mild pain in her side for years. Doctors offered numerous explanations, from allergies to irritable bowel syndrome, but it took a spoiled serving of farmer’s market spaghetti to discover the real problem—colorectal cancer caused by Lynch syndrome.

“Spaghetti may have saved my life,” Yarnell said.

Just 15 minutes later, a team of doctors and nurses surrounded Yarnell in her hospital bed. They told her the scan revealed a tumor, which was diagnosed at stage IIIb.

Because of her young age, 38, Yarnell was referred to a genetic counselor, a medical professional who helps patients understand the medical, psychological, and familial implications of genetic conditions, which led her to find out about an extensive family history of gastrointestinal-related conditions. 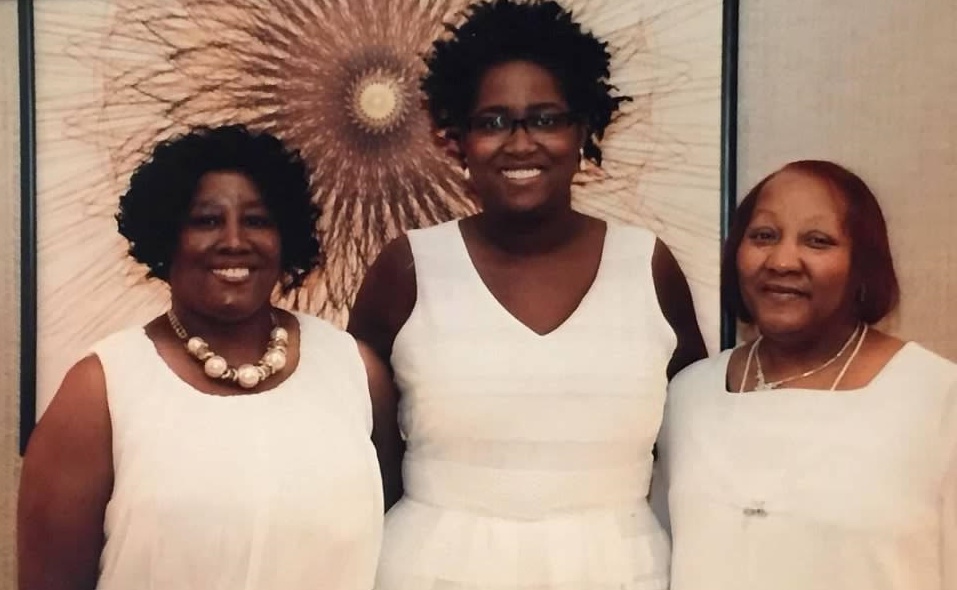 Yarnell, center, with her aunts.

Yarnell underwent a battery of genetic tests in search of an inherited condition that may have contributed to her young-onset colorectal cancer.

In Lynch syndrome, harmful mutations occur in genes that go by the names MLH1, MSH2, MSH6, and PMS2. Yarnell’s tests revealed a mutation of her MLH1 gene consistent with Lynch syndrome. Learn more about these genes and how mutations work here.

“Unfortunately, the mutation came from my paternal side, and I’m not super close to that side of my family,” Yarnell said. “It’s heart wrenching because knowing that family history would've been helpful in so many ways.”

Lynch syndrome increases a person’s lifetime risk of developing colorectal cancer by up to 70%.

“If more of that family history had been known, I would’ve been able to get that information to primary care doctors, and they would’ve taken my symptoms more seriously,” Yarnell said. 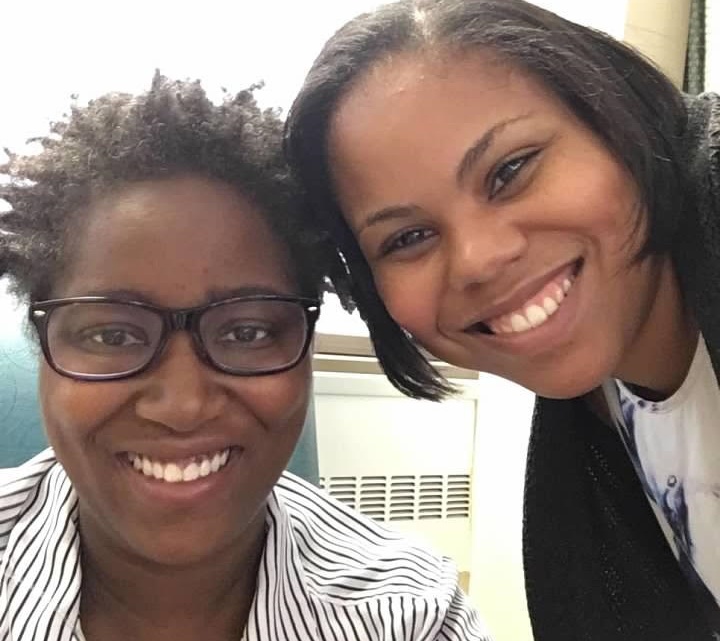 “With Lynch, you’re born practically destined to have something terrible to happen to you, but with science, we have an opportunity to live a full life,” Yarnell said. “With testing, things that could have been roadblocks for us now become a stepping stone that can pave the way for a bright future.” [TWEET THIS]

Recognizing Lynch syndrome is essential for the application of appropriate screening and surveillance measures, according to Harvard Medical School. Close surveillance and risk-reducing operations can decrease cancer-related mortality. In addition, genetic counseling is important in managing Lynch syndrome.

“It’s scary, to be fair, because it will require a lot of surgeries and poking and prodding,” Yarnell said. “With cancer, you look forward to the days when you don’t need that. I always will need that in some form.”

But Yarnell sees an upside, too.

“Having that knowledge is half the battle because it gives me control,” Yarnell said. “Not that I’m a control freak or anything, but you need to have the tools and resources in life to achieve your full potential.”

Today, Yarnell has recovered from her diagnosis and shows no signs of recurrence. She has also reached out to her father’s side of the family, making them aware that they, too, could be carrying the genetic condition.