Karen Herson: Navigating the Journey with the Support of Family and Friends 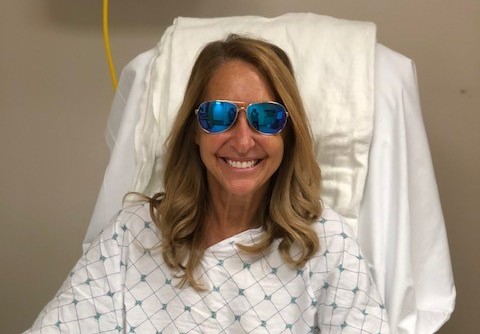 In ordinary times, I travel a lot for work, and 2017 was a particularly busy year. It’s also when I started not feeling well. I first felt something was wrong when I traveled to an event in July and, upon arriving, felt nauseous and had no appetite. I assumed it was just a matter of being away and off schedule, but when I returned home, the problems persisted.

I went to a gastroenterologist several times about my symptoms. I was approaching but not yet 50, so he felt a colonoscopy was not needed, despite me asking for one. Instead, he kept prescribing different medications. Unfortunately, none provided relief.

Then, one day, I used the restroom and saw blood. I immediately left and called the gastroenterologist. A colonoscopy and endoscopy were scheduled as soon as possible. This was in April 2018, nearly a year since my symptoms started.

When I woke up from the procedure, the doctor asked if I was comfortable having my sister-in-law, who accompanied me that day, come in while spoke to me about my results. To this day, I am so thankful she was with me. He told me I had a significant growth on my colon and that I had cancer. Like many people when they get their diagnosis, I was in shock. It’s a scary word. CANCER. No one in my family has had cancer previously, and the road ahead was unfamiliar to me.

My path to wellness 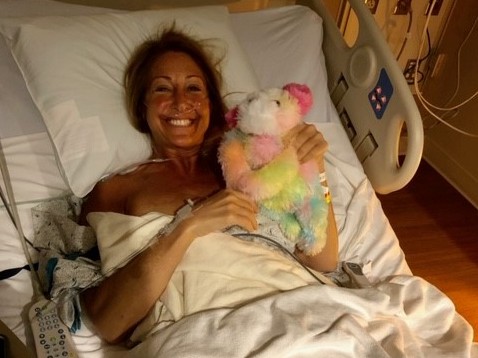 There were so many hurdles ahead of me, but the first, I knew, was telling my teenage daughter. Sarah is my rock, the one constant in my life that provides purpose and direction. She was amazing that day, and every day since. That was one of the two hardest days of my life and just like the other—when I delivered the eulogy at my father’s funeral a few years before—she showed amazing grace, courage and kindness, standing by my side, literally and figuratively.

The next two weeks were a blur. Surgery was scheduled for April 25. Unfortunately, surgery was not the end of my journey because a lymph node outside my colon was cancerous. The next step was to meet with an oncologist.

Once again, a difficult process was made easier with the aid of family. My sister-in-law lost one of her best friends to colon cancer and, as a result, knew people at the Colorectal Cancer Alliance, including Board Member Avi Benaim, who lost his wife to colon cancer in 2017.

Based on their guidance, I met with Dr. John Marshall at the Lombardi Cancer Center at Georgetown University Hospital, who reviewed with me the recommended course of treatment. I was anxious to get started with chemotherapy as soon as my body had healed from the surgery; they had removed a few parts of my colon, leaving me with four battle scars.

On May 4 of that year, I turned 50. My spirits were buoyed by spending the day with my family, including my mom, who had traveled up from Florida. On May 23, I had the port inserted for chemo treatments.

For my last treatment, in August 2018, I decided to bring my daughter. She had never joined me before, and we met with Dr. Marshall. Next, he scheduled the removal of the port, which I didn’t understand was such a positive sign. A month later, I enjoyed a belated 50th birthday celebration in Miami Beach with some close friends.

Now, every six months I go in for blood work and a CT scan. As anyone who has traveled my road can understand, I am always petrified that the cancer will return, but as of August 2020, I have been cancer-free for two years and counting. 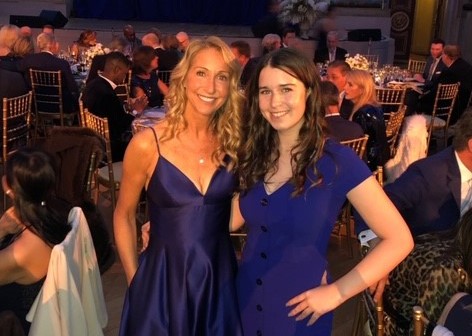 Since my diagnosis, I’ve learned that colorectal cancer is diagnosed in nearly 150,000 people every year. I am among the lucky ones to have connected with the Colorectal Cancer Alliance to receive their support. I am so grateful for the encouragement they provided me and the help they give to thousands of others every year.

I have been fortunate enough to attend the Blue Hope Bash in Washington, D.C., on two occasions. It is such a powerful evening to raise awareness and funds to end this disease. This year, I volunteered to be on the Bash’s host committee and spread the word about the event and its important cause.

My hope for this year’s Blue Hope Bash is that our entire community tunes in to learn more about the disease, view each other’s stories, and donate so that the Alliance’s critical programs to screen, care, and cure colorectal cancer can continue. COVID-19 has been difficult for me, and for most people, but it’s been so much harder for those now struggling with colorectal cancer.

I know that with passion and dedication, we can end this disease in our lifetime. As the Alliance always says, tomorrow can’t wait.