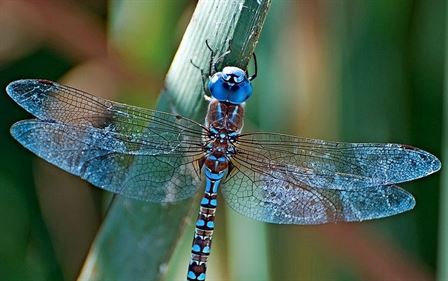 If you were to visit Jeannie Moore at her home, you’d be hard-pressed to miss the dragonflies. Their image is everywhere—decorating her walls, glimmering across stepping stones in the backyard, and on a blanket she curls up with every night.

Dragonflies are an important symbol to Jeannie, a certified patient and family support navigator with the Colorectal Cancer Alliance who specializes in grief. Also an original founder of the Alliance, Jeannie has adopted the dragonfly as a personal comfort, as she absorbs heartache from caregivers and family members who have lost a loved one to colorectal cancer.

“A lot of my life experience deals with death, so I have to come to peace with that and believe these people go on,” Jeannie said. “I once learned that Native Americans believe when you see a dragonfly, it is your loved one’s soul checking in. Now, whenever I go out, I wonder who will pop by.”

It’s not uncommon for people to see late friends and family members in animals—cardinals and butterflies have also become common symbols of those we have loved and lost.

“Last October, I went to my father's grave for the first time and within 30 seconds, a dragonfly landed on my shoe and stayed there for a while,” Jeannie said. “Then two appeared on his gravestone and stayed for our entire visit.”

While Jeannie said the Native American legend may or may not be true, the symbolism behind it is very real.

“I think people need to hang on to the hope that their loved one, though they can’t see that person, is still with them,” Jeannie said. “Some people call that faith, but I am a spiritual person. I always say whether it’s true or not, it’s a symbol of hope to bring people comfort and peace.”

The dragonfly is now ubiquitous in Jeannie’s grief work. When a member of the Alliance’s Blue Hope Nation Facebook community dies, Jeannie will post a dragonfly in their memory. She also personally sends care packages to families coping with the death of a loved one who Jeannie helped. The care package includes a poem by Walter Dudley Cavert that reads:

“In the bottom of an old pond lived some grubs who could not understand why none of their group ever came back after crawling up the lily stems to the top of the water. They promised each other that the next one who was called to make the upward climb would return and tell what had happened to him. Soon one of them felt an urgent impulse to seek the surface; he rested himself on the top of a lily pad and went through a glorious transformation which made him a dragonfly with beautiful wings. In vain he tried to keep his promise. Flying back and forth over the pond, he peered down at his friends below. Then he realized that even if they could see him they would not recognize such a radiant creature as one of their number. The fact that we cannot see our friends or communicate with them after the transformation which we call death is no proof that they cease to exist.”

The dragonfly is a creature of comfort and hope. And that’s why the Colorectal Cancer Alliance has included the image of a dragonfly on its protective face coverings for the COVID-19 era.

You can purchase a mask here here—and by purchasing a mask, you make a free one available to allies who may not be able to afford one.

Are you a patient or caregiver in need of a mask? Add your name and address to this list.