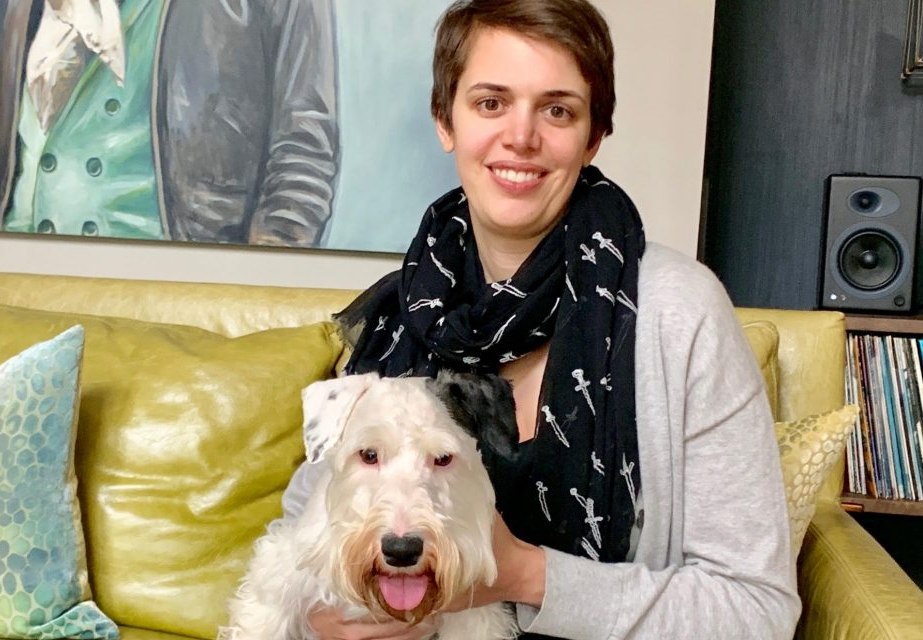 Nearly a year after Brooks Bell finished treatment for stage III colon cancer, she received results from yet another round of follow-up scans and blood work. Her scan showed nothing, except a reason to celebrate — it was “clean and clear.”

The blood work sketched a different picture, though. Her CEA level had spiked. An elevated level of CEA, a protein called carcinoembryonic antigen, can be a sign of recurrence — the term for when cancer comes back.

“We were pretty freaked out,” Brooks said. “I really wanted to know if cancer was in my body somewhere.”

A number of conditions can heighten CEA, including COVID-19, which makes the test an imperfect warning system for recurrence. That’s why a CEA test is always used in conjunction with medical imaging, like a CAT scan.

Because her scan and bloodwork showed mixed results, Brooks wanted — no, she needed — more certainty about her cancer status.

“If you’re not a cancer patient, you don’t understand the psychological burden of it coming back,” Brooks said. “It’s a horrible burden. It’s your shadow.”

Fortunately, Brooks’ doctor had a solution to help put her mind at ease.

The doctor suggested that Brooks try an emerging molecular residual disease test called Signatera™. Provided by Natera, the test is intended to help reveal if cancer may be left in the body, identify recurrence earlier, and potentially inform treatment decisions.

Signatera™ is different, Brooks explained, because it tests for “cancer dust” — her own term for circulating tumor DNA (ctDNA). ctDNA are tiny fragments of cancer cells that have been released into the bloodstream. A lack of ctDNA indicates that cancer may not have returned or was not detected. The presence of ctDNA can indicate molecular residual disease.

Molecular residual disease, or MRD, means that some cancer cells may still be present in the body. The cells could lead to a recurrence in the future. Testing for MRD has shown reliability in predicting recurrence in certain cancer types.

“The thing is, up until the MRD test, you had no way to detect cancer dust,” Brooks said. “So when I found out about Signatera™, I was like, ‘Heck yeah, that’s what I need.’”

Brooks signed up to be the first patient at Duke University Hospital to use the Signatera™ test.

In Natera’s ongoing clinical studies, Signatera™ has been shown to detect ctDNA, which can predict a colorectal cancer recurrence, with about 88% sensitivity.(1,2) Signatera™ can give care teams, on average, more than eight months to react before a recurrence would have been detected using standard imaging.(1)

The test has received several Breakthrough Device Designations from the FDA, a voluntary program that provides patients and health care providers with timely access to certain medical devices.

Using Signatera™ has been simple, Brooks said. Typically, a patient will follow these steps:

At Natera, the Signatera™ test is built in three stages:

A negative result indicates that ctDNA was not detected in a patient’s blood. For patients with stage IV (metastatic) colorectal cancer, a negative result may mean treatment was able to decrease the amount of cancer cells to undetectable levels — a success.

A positive result indicates that ctDNA was detected in blood and means the patient may be at higher risk for cancer returning.

What happens after a positive Signatera™ test is up to a patient’s care team, as there is no standard of care prescribing the next steps. But knowing this information can help patients and their doctors have more informed discussions about treatment decisions.

In the three years since treatment ended, Brooks has completed seven Signatera™ tests. They have helped ease her “scanxiety” and she has experienced better sleep, she said, even when her CEA levels spiked.

“Having crossed over that magic three-year mark, when my personal risk of cancer returning is the same as the general public’s, and with a recent negative Signatera™ test in hand, I feel like I’m through the woods,” Brooks said. “Cancer is defining me less, and I feel like I have returned to being a person who can take regular risks, eat more fun things, and behave the way I was pre-cancer, although a healthier, wiser version.”

Still, receiving any test result can be a harrowing experience, Brooks said.

“Every time you see a subject line that says ‘Test Results,’ it takes courage to open that email,” she said. “But having cancer makes you more courageous, and I think Signatera™ testing is a scary thing to get, and it’s absolutely worth it. If it comes back negative, I feel like I can rest easier.”

This article was supported by Natera.