How Blue Hope Nation Brought Us Together 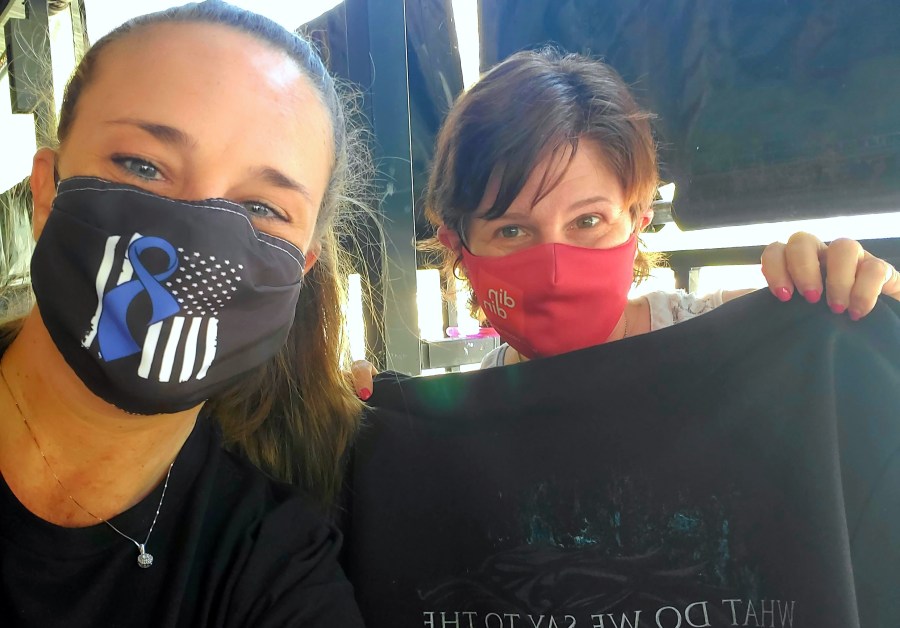 Blue Hope Nation and Ally to Ally are the Colorectal Cancer Alliance’s online support communities. Blue Hope Nation is a private group on Facebook with more than 11,000 members, and Ally to Ally is a new password-protected forum with advanced features. On each platform, allies support one another and often develop close friendships. One of those friendships is shared here, in a blog by Teresa Haake and Rachel Permuth. Each ally shares her perspective.

Teresa: A Blessing In My Life 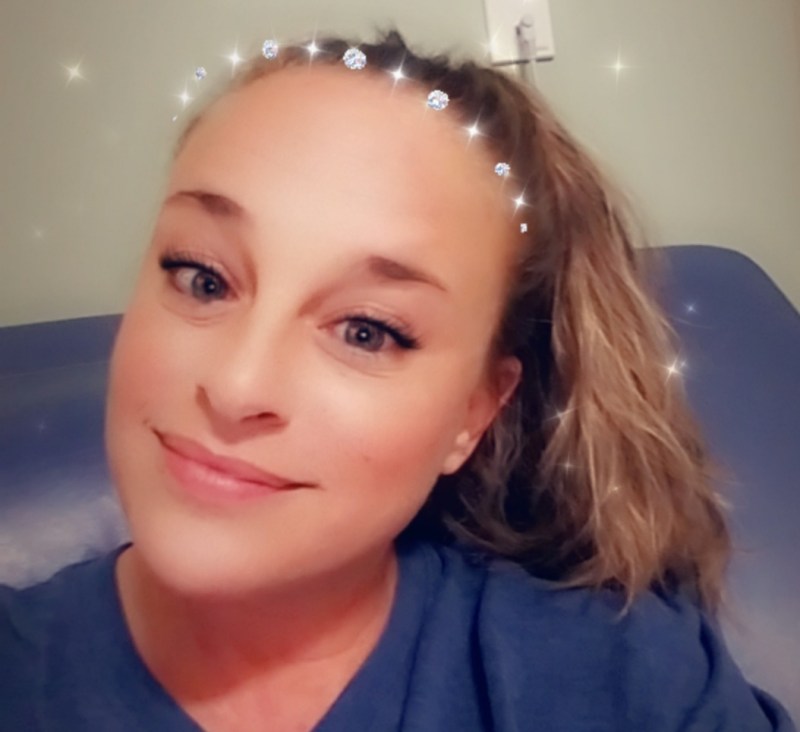 In 2015, when I was 35 years old, I had abdominal pain all day, every day, but no other symptoms. Over a year, I went to seven doctors (a total of 27 times) and had three trips to the emergency room. I had CT scans, MRIs, ultrasounds, bloodwork, a HIDA scan, endoscopy, and pap smears — and none showed the giant fungating tumor in my colon.

The next year, I got a second opinion from a GI doctor, who immediately did a colonoscopy. I was 36 years old, and I was diagnosed with stage III colon cancer with no family history. I am now stage IV and recently reached my five-year anniversary, which I am very proud of.

A couple of years ago, a friend told me about Blue Hope Nation on Facebook. She said it was her go-to for all colon cancer information and I had to join. It's been the best resource and support for me in so many ways. Even my doctors say, "You have valuable access to thousands of patients’ symptoms and experiences that not even we have."

A few months ago, a group moderator reached out to me and I am now a Buddy for the Colorectal Cancer Alliance. Buddies are allies who are matched with one another because they share similar cancer journeys. Often, one buddy has a lot of experience and the other has a little.

Helping other people has been very rewarding, whether it’s through the Buddy Program or on Blue Hope Nation. It’s a way for me to make something positive come from this disease. Every morning on Blue Hope Nation, I look through everyone's posts. I share in their successes, cry with them during losses, and offer any experiences of my own for those who are facing something new.

Recently, Rachel reached out to me noticing that I, too, had peritoneal metastases and had undergone a surgery she was considering for herself. Not only did we have that in common, but we also shared the same four doctors at Moffitt Cancer Center — we thought this was wild! We started messaging and chatting often, and I soon found myself telling her things before I even told my own family and friends.

Rachel has been a blessing in my life, as well as her sister Jenny, who happens to be Vice-Chair of Research at Moffitt. Jenny is working hard every day to find targeted treatments for GI patients.

Cancer is such a complicated disease with so many ups and downs and loads of information to process. Rachel helps me navigate through all of it. We lean on each other as there is no one who understands what we are going through more than each other. We are intent on surviving. When one of us is weak, the other is there to say, "Come on; get up. Let's keep going." I’m thankful to the Colorectal Cancer Alliance for creating this group. It's changed my life and also brought me Rachel, for which I will be forever grateful.

Rachel: The Only One Who Totally Understands 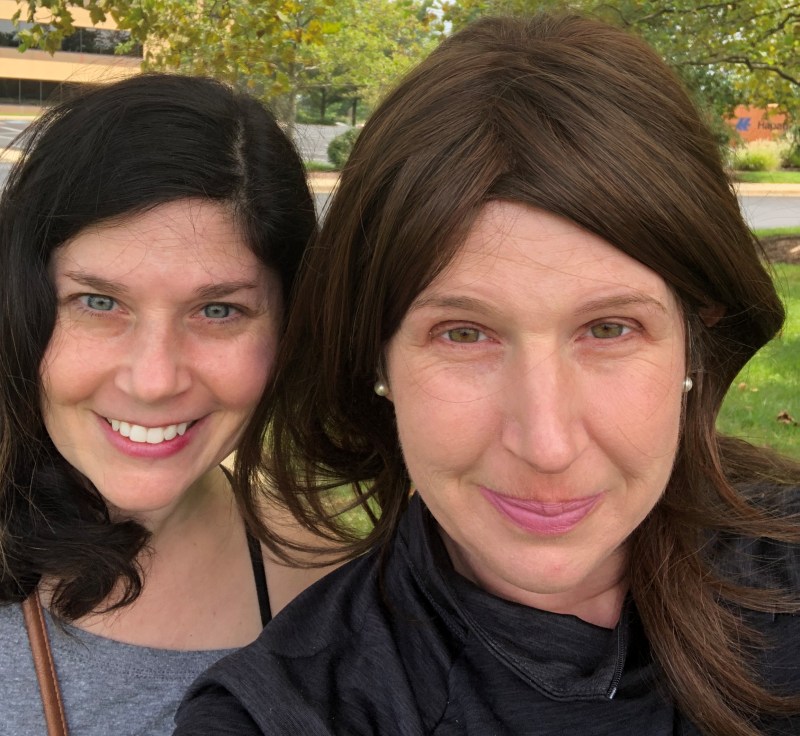 Rachel on the right

During the few years prior to 2020, I had sporadically noticed some blood in my stool. Toward the end of 2019, the blood became much more pronounced, and my primary care doctor sent me to a GI group to be evaluated. When they also found the blood in my stool, they ordered a colonoscopy.

I found out that I had stage IV colon cancer with metastases to the liver. I was in shock and heartbroken that my primary care doctor didn’t send me to get a colonoscopy sooner. To this day, I am in disbelief that the current paradigm in the medical profession is that “only older people get colon cancer.”

The high incidence and prevalence of this disease among young people are hard to ignore. As a trained epidemiologist, I also have looked at my own experience and that of other patients with a research-like lens. I’m personally motivated to make the psychological and physical burden of this disease easier on patients.

To that end, I found out via reverse ostomy surgery that the cancer had spread to my peritoneum. This finding was after I had received an all-clear in scans and bloodwork for the previous six months. I believed I was NED during this time, so the news was crushing. I hunted around on Blue Hope Nation to find someone who also had the peritoneal disease — because, truly, we are a unique patient population. The peritoneal disease is difficult to find, let alone to treat. Chemotherapies often don’t reach the peritoneum, so the lesions have the ability to keep spreading.

This is how I found Teresa. I was scared about the possible surgery to treat these metastases, and Teresa already had that surgery twice before I found her, and she had done quite well. In fact, Teresa handles surgeries like a champ, and I handle the chemo side better. We both hate that we had to do the other treatment modalities in the future. So we offer each other support, laughter, candid talk, the latest scientific info, and much more. Teresa is the only individual who understands exactly what I’m dealing with on a deep level.

We both are incredibly lucky to be treated at Moffitt Cancer Center in Tampa, Florida. We amuse one another with stories about how we interact with our oncologists and surgeons. They are like our friends and family in a sense. The comfort level we have with our healthcare providers is incredibly high, and I’m confident that when we advocate for ourselves, we are heard.

My friendship with Teresa is one of the best things that has happened to me during this insanely challenging time. I’m thankful for the fantastic medium that is Blue Hope Nation. It connected us!