Funding Life in the Face of Advanced-Stage Disease 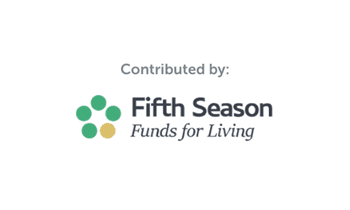 This article was contributed by Fifth Season Financial, a partner of the Colorectal Cancer Alliance

Daniel Shields of O'Neill, Nebraska, was diagnosed with colon cancer in July 2017 at age 56. An active farmer rancher with a wife LuAnn, three grown children, and two grandchildren, Daniel had a lot to live for between family and his work. When Daniel found out that he had colon cancer that metastasized to the liver, he began several rounds of chemotherapy that worked well; however, each cycle cost about $40,000, putting the family in a financial quandary.

Since his wife, LuAnn, is a registered nurse, Daniel received his chemo treatments in the same nearby hospital where she worked, making it easier for her to visit during his chemo sessions. Knowing that his cancer was inoperable, Daniel’s doctors recommended a relatively new procedure called Radioembolization (also known as Y90), which he underwent in March 2018. This involves a minimally invasive procedure that combines embolization and radiation therapy to treat liver cancer.

After a few months of feeling well, Daniel’s oncologists discovered that his cancer had become aggressive, rapidly spreading and forming additional tumors in his brain. At that point, there were no other treatment options that Daniel’s doctors could pursue. Knowing it was only a matter of time until Daniel’s illness got the best of him, coupled with the financial burdens the family faced, LuAnn researched options online and found Fifth Season Financial.

Although it was a very quick timeframe from when Daniel was placed on hospice in mid-late summer 2018 until the time he passed away that September, LuAnn described her Fifth Season experience as a very positive one.

“I’m very glad that Daniel and I took the step to use Fifth Season’s Funds for Living and Giving (FLAG) program,” she said. “What stands out the most to me, above all, is how kind the representatives were on the phone. Not only did they sound so caring, but they were incredibly resourceful in guiding me and explaining how the FLAG program works.”

Fifth Season has pioneered an innovative viatical settlement alternative for individuals with advanced-stage illnesses, utilizing an asset that many own but don't realize they can access for cash: their life insurance policy.

Fifth Season will review an existing life insurance policy and determine if it can be used as collateral for an advance. Concurrently, the organization’s consulting oncologists and physicians will confidentially review your medical records to assess your medical status. If a person qualifies, Fifth Season will offer immediate funds and will take over premium payments for the life insurance policy. We'll forward a detailed breakdown of how the advance is ultimately repaid, which does not need to occur in your lifetime.