Bryan McQuide: A story of family, faith, and hope when the unexpected happened 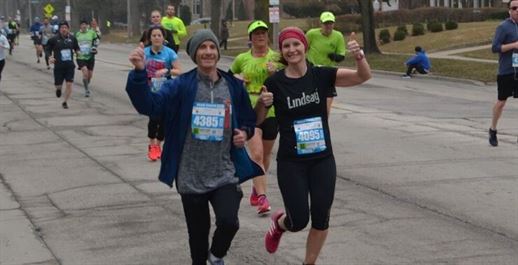 Life, as the saying goes, is full of surprises. Unfortunately for some of us, the surprises aren’t always the good kind. The funny thing about these surprises is they often teach us more about ourselves, test our values and commitments, and force us to confront our deepest fears. That’s exactly what happened to Bryan McQuide, a college professor who lives in the Des Moines, Iowa, area, when he was diagnosed with cancer.

Bryan grew up in Wisconsin and loved all the typical things that Midwesterners enjoy: running, biking, and camping ... everything outdoors. He grew up, went to college, got married, became a college professor, and had a son. This was his American Dream. Then, on his 44th birthday in 2015, he got the surprise of his life. He was diagnosed with stage-IV rectal cancer. It had already spread to both lobes of his liver with three lesions in the left side and fourteen in the right. The prognosis was grim.

Those of us in the colon cancer community know that it is almost impossible to describe the emotions and thoughts that race through our body, mind, and spirit in this moment. Our entire view of the world is immediately turned inside out.

Indescribable, unfathomable, devastated, and distraught aren’t sufficient enough words to convey the emotions one feels when receiving a diagnosis like this. No matter the stage of colorectal cancer, all survivors have a vivid memory of the moment they were told that the lives they knew were gone. The same was true for Bryan and his wife when they received the news. Reflecting on it, Bryan described it as: “Absolute shock! Cancer was the farthest thing from my mind. When I woke up from my colonoscopy, the GI doctor was telling me that they found something and that they believed it was cancer. I remember being stunned, but having it not completely register in my mind. The doctor was trying to avoid the ‘C’ word since my son was in the room at the time. Once we were able to get my son out of the room on a cookie run with the nurse, then the doctor turned to me and bluntly said, ‘You have cancer.’” But Bryan had a secret weapon that he was going to use to help him face this new reality. He had his wife, Jonette, his son, and equally important, he had his faith.

Bryan had always found hope and comfort in his faith, and now faced with this seemingly insurmountable challenge, he knew he was going to need and rely on this faith more than ever before. And that provided much-needed strength and comfort as he and his family looked ahead at the uncertain journey they were about to begin.

As Bryan and his wife Jonette processed what their doctor was telling them, they went through all the emotions and thoughts that many patients go through. Questions such as: “How do I have cancer? I am healthy and an avid outdoorsman. I eat well and take care of myself. How is this possible?” Other questions, the darker ones, crept into his mind as well: “Will I die? Will I be on chemotherapy for life? What are the survival statistics?”

Over the course of the next few weeks, Bryan’s community rallied around him and his family with prayers, meal trains, visits, and love. Everything that they could do to support Bryan and his family as they confronted this new challenge. This enemy. This unwanted surprise. 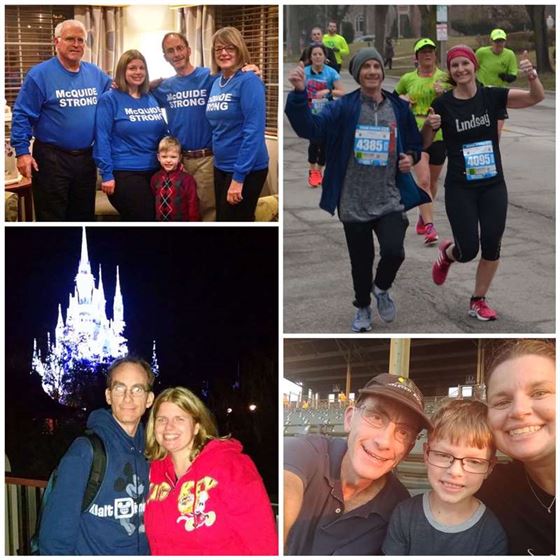 As a college professor, Bryan is a deep thinker and contemplated his approach to facing his new reality. Bryan learned, rather quickly, that he was stronger than he thought. He found a wellspring of strength and hope through his family, his community and, equally important, his faith.

There was the liver biopsy, the MRI, and then the beginning of treatment. The race was on to fight and Bryan was still trying to process what he was confronting as they were pumping him full of his chemo regimen. Bryan reflected on the grim five- and ten-year survival statistics. “Then, I put it aside,” he said. “God doesn’t need statistics. I prayed through Ephesians 3:20 (‘Now to him who is able to do immeasurably more than all we ask or imagine, according to his power that is at work within us’) and Luke 1:37 (‘For nothing is impossible with God’). I had to ignore the probabilities though I teach social research methods and use statistics in both my teaching and research. It was too daunting to think about. I believe anything is possible with God, but that my time is in His hands. I could die still. Or maybe my time had not come and I still have unfinished work to do. I had to trust in Him and be OK with either outcome.”

Bryan found strength he didn’t know he had. For Bryan, going through this experience deepened his understanding of his faith and the role it played in his life. This understanding comforted him as he faced an uncertain future.

His chemotherapy regimen began in December 2015, and, while he did well, he had to contend with the laundry list of issues most patients undergoing chemotherapy for colorectal cancer face: no cold drinks, bouts of vomiting, nausea, fatigue. The list of side effects seemed endless.

In early 2016, they were finally received some good news. The tumors were responding to the treatment and had shrunk by 50%. It was amazing how much of an impact this bit of good news had on Bryan’s emotional, spiritual, and physical well-being.

But the good news for Bryan and Jonette didn’t stop there. As fate would have it, Bryan’s radiation oncologist had referred Bryan to the Mayo Clinic in Rochester, an NCI-affiliated cancer research center, because his cancer was advanced and spread over both lobes of his liver. His community oncologist team wanted to get Mayo’s assessment of what to do and let them participate in his care plan. As they met the oncology team handling his case, it turned out that his oncologist at the Mayo Clinic had supervised his local oncologist when they were at the University of Iowa together. In that moment, Bryan said he thought, What are the odds that we would be seen at Mayo by my community oncologist’s mentor?

The Mayo Team was terrific and forcefully optimistic that they could help Bryan fight and, possibly, beat his cancer! For the first time since his diagnosis Bryan and Jonette started to actually have real hope that the clouds of cancer that had darkened his family’s life could be cleared, allowing the light of hope, faith, and family to shine down.

Bryan had his surgery in April 2016, seven months after his diagnosis. In the beginning, all seemed lost, but now he was now getting operated on to remove all of the visible cancer in his body.

Of course, Bryan’s surgery was a big deal. The team at Mayo was removing 80% of his rectum and 30 to 40 lymph nodes, and they were going to remove three lesions that were in the left lobe of his liver.

When Bryan woke up in his hospital room, Jonette was there to share even more good news: Everything they sent to the lab came back with a report that all of the cancer cells removed during surgery were dead. Bryan had a complete pathological response to chemotherapy treatments.  Bryan and Jonette, overwhelmed by the news, prayed deeply with an even greater reverence and sense of gratitude for these results.

Of course, colorectal cancer cases can be complicated and require numerous surgeries. This was true with Bryan. Bryan’s surgeons had only addressed the lesions on the left side of the liver. The remaining right lobe would need to be addressed in a follow-up procedure. In short: Bryan could, and should, celebrate the progress, but he was not entirely out of the woods. Bryan’s battle with this nefarious, unrelenting disease was not done. But with his family and a fantastic oncology team, he knew the odds were on his side.

In October he had his second liver surgery and his surgeons told him that they were going in with curative intent. Given the great results they had so far, Bryan’s surgeon was hopeful that this procedure would significantly reduce the chance for the cancer to come back. His surgery went as planned, and everything they had hoped for, prayed for, pleaded for, came to pass. All 14 mets in the right liver were dead. Just like the left side.

At this point, the surgeon told Bryan he was NED (no evidence of disease) for the first time since his 44th birthday. He and Jonette were overjoyed. In 12 months, he had gone from stage-IV cancer to NED. He knew that it was all due to the amazing team of doctors at Mercy Cancer Center in Des Moines and at Mayo-Rochester and, of course, his unwavering faith and family.

In the last three years since his surgery, Bryan has continued to have regular scans to make sure there has been no recurrence. So far, there has been none. He started running again in March 2017 and, since then, has participated in various 5Ks, 10Ks, and even a half marathon in April 2019. On April 6, 2019, Bryan crossed the finish line with his sister, Lindsay, to celebrate being cancer-free.

Today, Bryan looks forward to seeing his son grow up, future birthdays, family events, and races. His message to everyone in the cancer community is to not give in to despair. Do not become defeated. Instead, turn to your loved ones and your community. Always pursue the best care you can get. Exercise. And always have faith. If you do that, Bryan says, “You’ll always have hope. And hope is a gift to help us overcome our fears and challenges in life.”