What Your Genes Say About Your Cancer 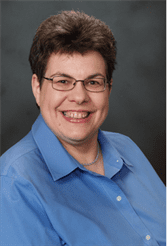 After her recent trip to the American Society for Clinical Oncology (ASCO) Conference, we sat down with Dr. Laura Porter to hear more about the latest news in genetics and CRC.

What is the Cancer Genome Atlas (TCGA)?

Did you know that doctors are now able to predict which treatments will work for you just by looking at your genes? And they’re getting better and better at it every day, thanks to the Cancer Genome Atlas (TCGA).

The Cancer Genome Atlas Project was started in 2006 by the National Cancer Institute and Human Genome Research Institute. The goal is to map out all the genetic mutations in 20 different types of cancer – including colorectal.

By comparing samples of normal tissue with samples of cancer tissue taken from the same patient, researchers can find changes specific to that particular cancer. And thanks to the TCGA, by looking at many samples from many different patients, researchers can connect specific genetic changes with specific outcomes.

In short, in the near future, colorectal cancer will be treated based on specific biomarkers or genetic mutations – increasing survival outcomes and decreasing side effects.

Cancer Treatment: One Size Does Not Fit All

Genetic analysis of the tumor and the TCGA project appear to be paving the way for better use of the treatments that we currently have and the development of future drugs.

Thanks to the TCGA, the days of personalized medicine - based on the genetic profile of your tumor - is not just a dream anymore. Here are some other exciting breakthroughs that we heard about during ASCO: