After a Stage IV Diagnosis During Pregnancy, Biomarkers Provide Next Steps 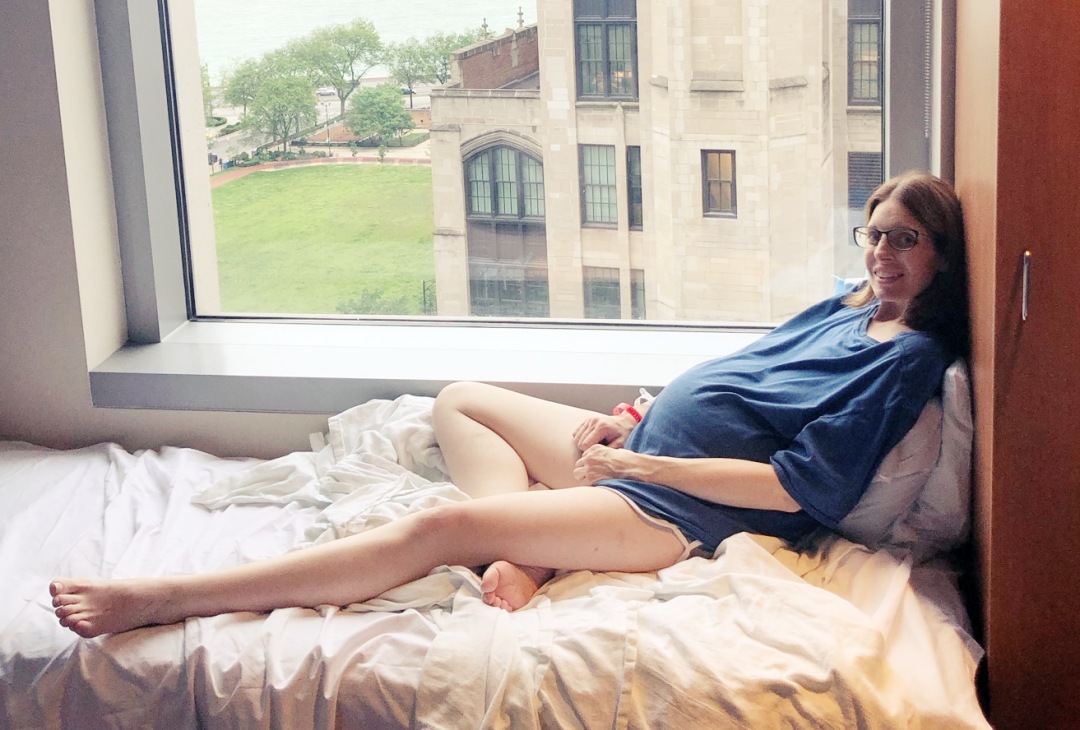 Again and again, Alyssa Kelly’s digestive issues and abdominal pain were written off as symptoms of unconfirmed irritable bowel disease, a possible ovarian cyst, or her pregnancy. And despite the pregnancy, she was losing weight.

“Finally we got a referral to go downtown for an MRI,” her husband Chris Kelly said. “Those were the longest days, as we were just waiting for what would happen next.”

Still, the idea that 37-year-old Alyssa could have cancer struck Chris as far-fetched. Colorectal cancer, he thought, was for older people.

“I remember when we first went downtown to see the doctor and saw the cancer center sign, thinking she didn’t have cancer,” he said. “We soon heard that the MRI showed something suspicious, and that was when we knew something was very wrong.” 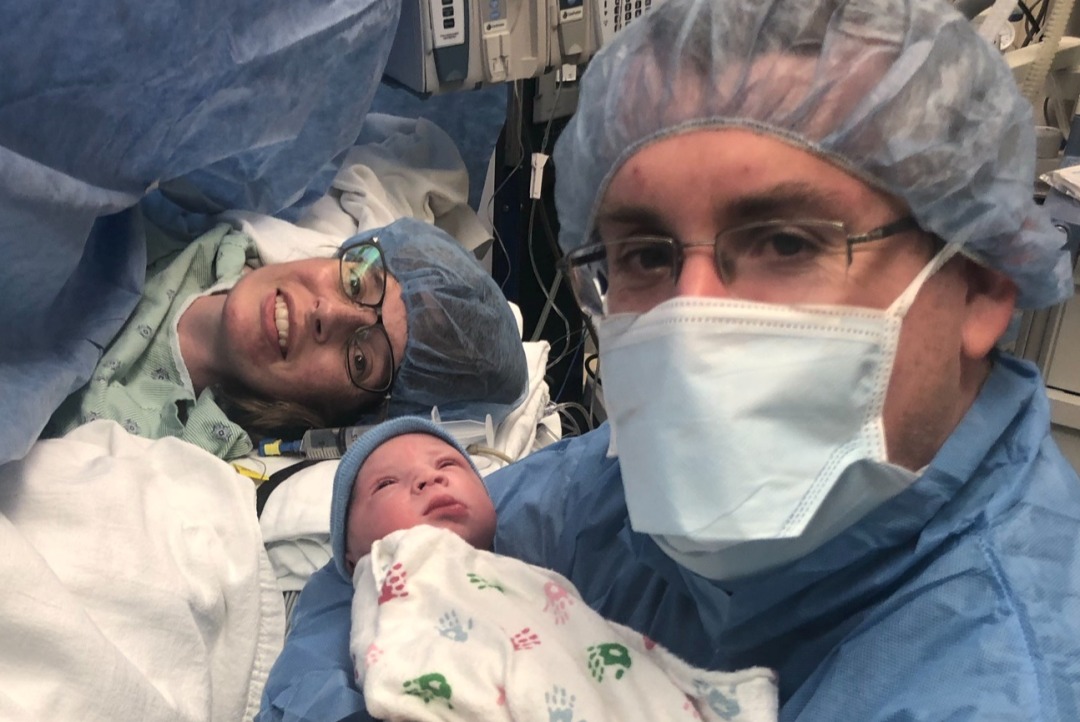 Alyssa received a stage IV (metastatic) colorectal cancer diagnosis in May of last year, when she was 26 weeks pregnant. A colonoscopy found a tumor so large the scope couldn’t get beyond it.

“I can’t even describe how bad it was,” Chris said. “I’m a grown man, and I’m pretty sure I cried for 10 days straight. And every day, it was just worse and worse.”

This Saturday, Alyssa and Chris will attend the Blue Hope Bash Chicago, a fundraiser for the Colorectal Cancer Alliance that supports efforts to prevent this disease, care for patients, and fund research. The couple is in the midst of treatment and looking for connections and support.

The Bash will bring together Chicago’s colorectal cancer community, including speaker Dr. Sheetal Kircher, who first treated Alyssa after her diagnosis, and the Alliance’s CEO, Michael Sapienza.

“When you get home from the hospital, the first thing you type into the computer is ‘colon cancer help,’” Chris said. “The Alliance provided a great beginners guide on what was going on.”

Chris learned facts about the disease, including the stages of colorectal cancer and how biomarker testing can help a patient and their care team learn more about an individual tumor and follow a personalized treatment plan. 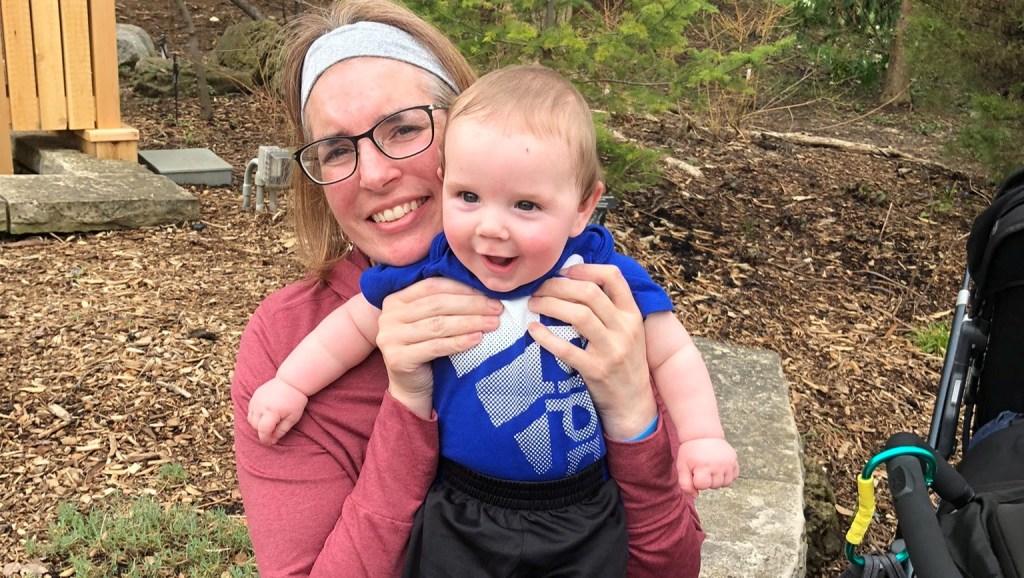 As Alyssa underwent her initial rounds of chemotherapy, scans revealed her tumor was growing — not shrinking as doctors had hoped.

Biomarker testing showed changes in Alyssa’s cancer cells known as the HER2 and wild-type RAS biomarkers — two of many biomarkers currently known in colorectal cancer that can improve treatment.

The discovery led to changing Alyssa’s treatment plan, one with a more effective combination of therapies that started to shrink her tumor and allowed her to schedule an upcoming surgery.

“We went to multiple hospitals, and they all said it’s chemo for life,” Chris said. “After she started this second line of chemo (because of biomarker testing), she had a remarkable response. I remember the doctor called me, and you could hear the excitement in his voice.”

Later this month, Alyssa and Chris will travel to the City of Hope Comprehensive Cancer Center in California for further treatment.

Still, colorectal cancer has turned life upside-down for Alyssa and Chris. Alyssa was terminated from her employer and is on long-term disability, and Chris is using intermittent FMLA and will soon run out of PTO.

They are chronicling their journey at Caring Bridge.

Alyssa completed six rounds of treatment before giving birth. Colorectal cancer forced Alyssa to give birth by Cesarean section, after she had hoped for a traditional birth.

At birth, the baby went through opioid withdrawals due to Alyssa’s chemotherapy treatment. But now, the baby boy — named Colin - is healthy and happy, the couple says.