Stephen Estrada: The Alliance Was Hope 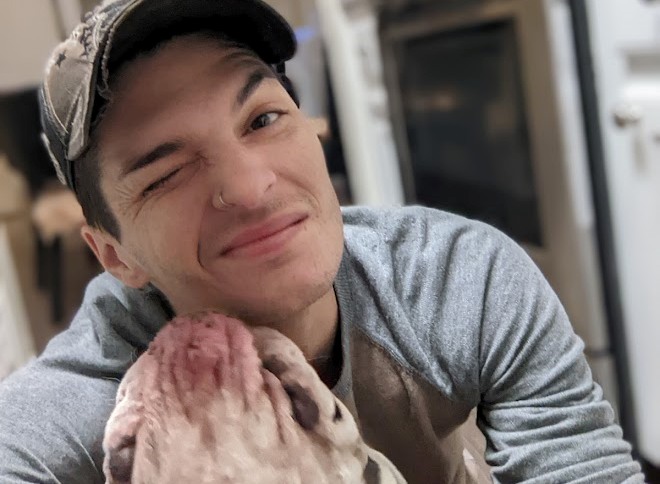 When I was diagnosed with stage IV (metastatic) colorectal cancer, doctors gave me a 1% chance of living. A note posted outside of my hospital room instructed staff not to discuss the odds. They were devastating. But every single day, I told myself that someone has to survive this disease. Why not me?

My oncologist at the time was young and inexperienced. She insisted on sticking to textbook treatment plans, but I wasn’t a textbook case. In 2014, the year I was diagnosed, the medical community was just beginning to acknowledge the rise of young-onset colorectal cancer. I was a ticking time bomb with an unconventional disease, so I needed to do something unconventional to survive it.

After I failed the first line of treatment, I went to the University of Colorado and started a clinical trial for immunotherapy that was partly funded by the Colorectal Cancer Alliance. Had I not found the courage to find a new oncologist who supported my enrollment in the trial, I don’t think I’d be here today — eight years after my terminal diagnosis.

Many people reading this may recognize my name. When I was diagnosed, I became an active volunteer with the Alliance and eventually joined the staff. Throughout those early days, I continued treatment and encountered many uncertain, difficult times. But to me, the Alliance was hope.

Without hope, I honestly don't think we’d have any survivors. I certainly wouldn’t be here. We patients can have bad days, and we can lose our cool, as long as we can find hope again.

With the Alliance, I became utterly enveloped in the mission to end this disease. As its senior community engagement coordinator, I managed the volunteer diversity and inclusion task force, authored the volunteer newsletter, grew community-centered events, emceed 5Ks and walks, spoke at conferences, and encouraged those battling this disease in any way I could.

Those were the high moments. But in the advocacy world, the daunting reality of the disease hides around every corner. By the time I left the Alliance one year ago, I found I was replacing friends who died with friends who were dying. My mental health had collapsed, and I realized I had lost myself in something that happened to me — not something that I had chosen to do. I needed to find myself.

So my dog Benny and I said goodbye to Denver and we headed for Las Vegas. I’d only been here once, but I thought it was a good enough place to start over. Our nine-hour trip turned into a two-week journey, as I reflected on everything that had occurred and all that could come in my unlikely life as a survivor.

Every patient deserves that chance of freedom. A road uncluttered by the conundrums of cancer.

In Vegas, I’ve become a furniture refurbisher and a social media manager. Building a life here hasn’t been easy. At first, I didn’t really know how to speak with people who’d never heard of colorectal cancer. My mind and body felt like a product of this disease, and I blamed every ailment on it.

I was skinny because I had cancer. I didn’t feel well because I had cancer. I was shy because cancer had isolated me. In truth, cancer did take a lot away from me, things I thought I’d lost forever — but I just had to rediscover them. The skills I had learned at the Alliance, like building communities and inspiring people, were the things that allowed me to do it.

Now, with the worst behind me and the best to come, I’m slowly returning to advocacy. I have something different to say. There is power in the voice of an eight-year survivor whose condition was so critical people used hushed voices to discuss it. There is hope. The type of hope I clung to when I was diagnosed — that despite the worst odds, someone has to win the lottery.

A year ago, there was so much I was running away from. In the end, it was the Alliance and advocacy work that shaped me into the talented person I am now and, at the same time, gave me the strength not to be defined by this disease. It’s the same freedom the Alliance works toward every day for every patient.

Every patient deserves that freedom, a freedom from the conundrums of cancer.

When we end this disease, I know the Alliance will have a huge hand in it, and I am proud to have played a part.

Stephen Estrada is a stage IV (metastatic) colorectal cancer survivor who lives in Las Vegas and previously worked with the Colorectal Cancer Alliance. Follow him on Instagram at @paintedstatement.furniture.