Shan Lee: You can still achieve your dreams 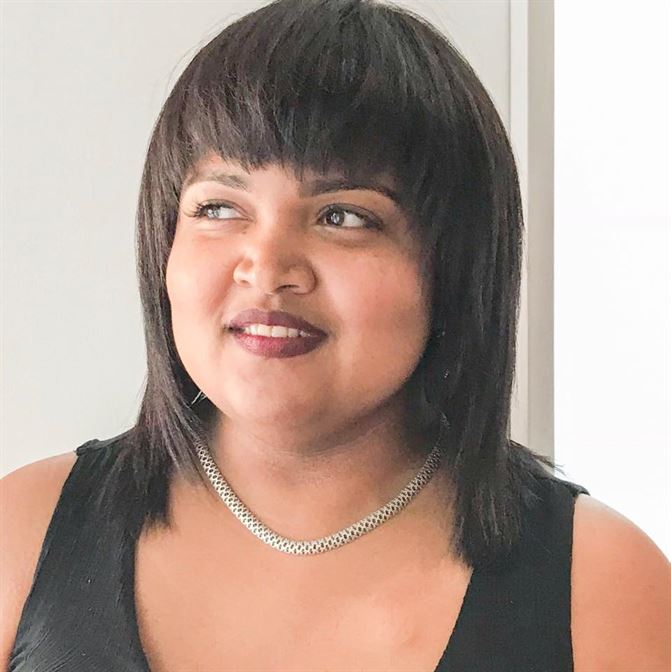 Shannon Lee-Sin (aka Shan Lee) never shies away from sharing the story about how she got to where she is today: an energetic 37-year-old who managed to achieve two degrees in architecture while dealing with multiple healthcare crises that led to a diagnosis and treatment for stage III colon cancer.

Although she wasn’t diagnosed until she was 29, Shannon dealt with gastrointestinal discomfort starting in high school. “I had stomach aches every day, and sometimes they had me crying and would make me late to school. My pediatrician at the time said I had a stomach ulcer but never did an endoscopy,” she says. By the time she was in college, she continued to live with a myriad of symptoms, including chronic nausea and vomiting, bouts of diarrhea followed by constipation, gas pains, and occasional blood in her stool. Her GP chalked these up to possible gastroenteritis, hemorrhoids, a bladder infection, or stress.

However, things took a turn in her final year of college in Jamaica, when she went to the ER with pain that “felt like something was going to rip its way out” of her abdomen. The ER doctor determined via ultrasound that she was suffering from ovarian cysts, and a follow-up ultrasound with her regular doctor showed fluid in her abdomen, which he thought was from a ruptured cyst. Cancer was not on anyone’s radar, and in the months that followed her health steadily declined.

She was admitted to the hospital due to severe anemia, but was refused the recommended blood transfusion due to the fact that her doctors attributed her condition to her heavy periods. She was discharged after two weeks in the hospital, during which she battled several days of fever that she was told were indicative of an infection she’d picked up during her stay. After that, she continued to experience pain that sent her to the ER on a regular basis and could only be eased by morphine. Her doctors suspected endometriosis and polycystic ovarian syndrome, yet they could not keep her symptoms at bay with the recommended treatments.

After she finished her undergraduate classes, Shannon returned home to Miami to seek yet another medical opinion, after seeing almost 20 doctors in Jamaica. Within a week, she ended up in the ER and was once again told she had cysts. Two days later, she returned to the ER with a distended belly and skin that was discolored orange. The medical team that met her that night ordered a CT scan to further investigate her symptoms, after not seeing cysts in an ultrasound. The CT scan revealed a large abscess in her abdomen. A blood test showed she was septic and required an intense course of antibiotics and a blood transfusion. Doctors wanted to avoid surgery, opting to give the inflammation time to heal, and then have her undergo a colonoscopy, which was less invasive or risky.

She managed to leave the hospital two weeks later, only to have the infection come back twice in two months, as her doctors searched for answers as to the cause of her symptoms, without further compromising her health. Meanwhile, Shannon wondered, “Is the illness in my head?” Her medical team eventually had to do emergency exploratory surgery. What her surgeon had thought would take 45 minutes took eight hours, and Shannon was surprised to wake up with a colostomy and a cancer diagnosis.

Despite the heartbreaking news, three days after being discharged from a six-week hospital stay, she went to her college graduation in Jamaica in the fall of 2011—just a few days before her first chemotherapy treatment. Shannon underwent six months of Folfox treatment, and in 2013 her surgeon reluctantly agreed to perform her ostomy reversal surgery. A few days after her reversal, she applied for her Master’s degree. These facts alone speak volumes of not only Shannon’s personal strength, but also of the unique tightrope that many younger cancer patients are forced to walk and balance upon. How and when should they advocate for themselves? When should they push forward to achieve non-cancer-related milestones when they’re in the throes of treatment? How do they maintain their eye toward the future (building a career, finding a partner, starting a family, seeking out adventure) when their futures feel acutely uncertain? Questions like this drive her commitment to volunteer with the Colorectal Cancer Alliance.

As she was beginning her graduate degree, Shannon learned about the Alliance from a support group and got a scholarship to attend an Alliance conference in Miami. “When I was first diagnosed, one of my doctors told me I was an oddball patient because I was so young. I went through my diagnosis and treatment, and started navigating survivorship feeling lost, alone, isolated. At that conference, I felt like I walked into a room of people just like me. That’s when things changed for me and I realized how important it was to feel like I wasn’t the only one. The Alliance has done so much for me, it’s important that I give back however I can,” she said.

Shannon has driven across her home state of Florida to attend Alliance events, speak at medical fairs, and go to Undy RunWalks. She’s also working to change her community in Miami and connect more young colorectal cancer survivors to the Alliance. “I’m always willing to share my story because I know that it can save someone’s life. I also don’t want anyone to go through this alone,” she says. “Before I found the Colorectal Cancer Alliance, I didn’t know anyone with colon cancer. I want young people to know that they can still achieve their dreams even if it’s a little different from what they would have planned. My life was on pause when I was sick, but I managed to pick up the pieces and end up where I want to be.”

Furthermore, she says, ”Minorities aren’t represented in the stories about this illness, but we’re at higher risk. We don’t see others like us. Being diagnosed so young, I didn’t even have insurance. I hadn’t even started to live my life yet, much less enjoy it."

Although she is now eight years out from her diagnosis, Shannon still advocates strongly for herself. She pushes for a colonoscopy and a scan every year, and she has her CEA tested every six months.

“I’m lucky that this kind of cancer can be prevented, but I have to say on top of it. It’s important for other young survivors to know that they can work as a team with their doctors and come up with a treatment plan or survivorship plan that feels right for them,” she said.

Today, Shannon’s future feels bright. She’s working at her dream job and looking to get her architectural license. The long term effects from her cancer and treatments are real, but in her words,

“I’m stubborn! I refuse to let cancer get the best of me and keep me from enjoying my life. I want others to know that no one is too young for colorectal cancer. If someone has symptoms, no matter how trivial they may seem, go to a doctor and advocate for screening. Knowledge and screening saves lives."