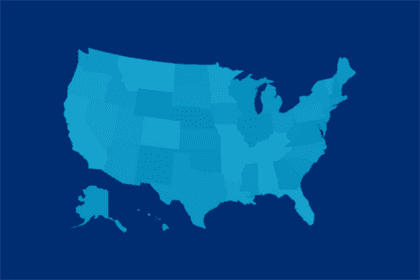 In January the Administration announced a new demonstration program for Medicaid designed to reduce health care costs and give states greater flexibility on how to administer the program. The formal name is the Healthy Adult Opportunity (HAO) Initiative but you will see it in the media as a “block grant” program. If this is a program your state is considering opting into, here are some of the facts you should know.

The Trump Administration will now allow states to apply for a program in which the federal government will just pay the state a fixed amount. Why would any state take the risk that they would be responsible for the costs if the fixed amount from the fed’s isn’t enough? The answer may lie at the true purpose and potential danger this program poses for the Medicaid population.

HAO gives states unprecedented authority to change how Medicaid works. It will allow states to significantly cut costs by limiting what Medicaid pays for and who is eligible. For example, a state could now deny coverage for many FDA approved drugs by creating a “closed formulary” making it extremely difficult for patients to get coverage for expensive but high value drugs. States could impose much higher co-pays for physician visits and prescription drugs. States could also waive standards for managed care plans and save money by allowing these plans to offer very narrow networks, so Medicaid enrollees lack access to certain specialists.

But what would be the incentive for states to save the fed’s money by hurting their own Medicaid population? While reducing costs overall is certainly part of the story, there is also the “Shared Savings” portion of the HAO. This arrangement would effectively let states that opt for block grants to redirected a portion of the federal savings from Medicaid cuts to other areas of their budgets such as tax cuts, salaries, infrastructure, and other things that have nothing to do with health care.

The HAO should not come as a surprise; the Administration has long sought to enact legislation that would undermine or eliminate the Affordable Care Act’s (ACA) expansion of the Medicaid program. Failing to get this done through Congress, the Administration now seeks to achieve this through a Center for Medicare and Medicaid Services (CMS) demonstration project.

The Colorectal Cancer Alliance recognizes that the growth in health care costs are unsustainable and that action needs to be taken to limit expenses while ensuring appropriate health care access and innovation. However, denying patients needed prescription drugs and increasing co-pays for our most vulnerable citizens, 40% of which are children, to have additional dollars for tax cuts is not something the Colorectal Cancer Alliance can endorse. We strongly encourage you to let your state government know you don’t endorse it either.

Use this website to find and contact your state legislators and tell them your position on the Healthy Adult Opportunity (HAO) Initiative.