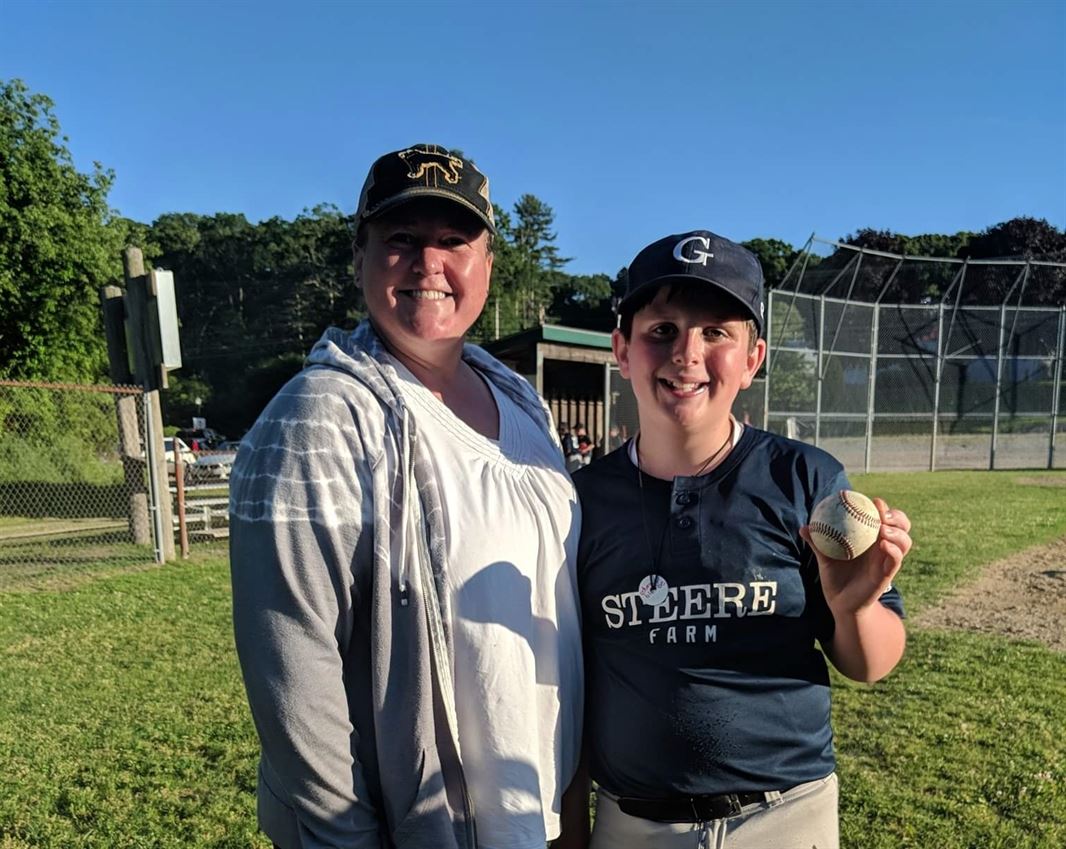 The 11th Annual Colorectal Cancer Awareness 5K WalkRun takes place in Warwick, Rhode Island, on Sunday, August 4. Lori Raymond and her son Jake will be in attendance for a ninth consecutive year. They participate in memory of Lori’s late husband, Keith, who passed away from colon cancer in May 2010.

Alliance: This will be your ninth WalkRun. What brings you back year after year?

Lori: Originally, I did this to remember my husband and to show my son, who was two when Keith died, that he didn’t have to feel helpless. The worst thing is when people feel helpless. While there's nothing we can do for my husband now, we can keep him alive in our memories. We also want to be active in doing something against this disease and helping people.

What’s the name of your team?

We are Keith’s Walking Warriors.

When someone passes away, people don’t talk about them too much for fear of making the people who loved them sad. But I think it’s sadder if we don’t talk about the ones we loved. I don’t want him to be forgotten. He’s still a very important person to me, and he’ll always be my son’s father.

Can you tell us a little about Keith?

He was a very active person, and he took very good care of himself. We were avid scuba divers, marksmen, and we had three dogs. He loved his pets and playing with them. We became parents later in life. I remember him telling me that one thing he never thought he’d have was a child, and he was overjoyed when our son was born. He was a loving dad and a super-kind, strong, loving person. This is one of our engagement photos from 2002. 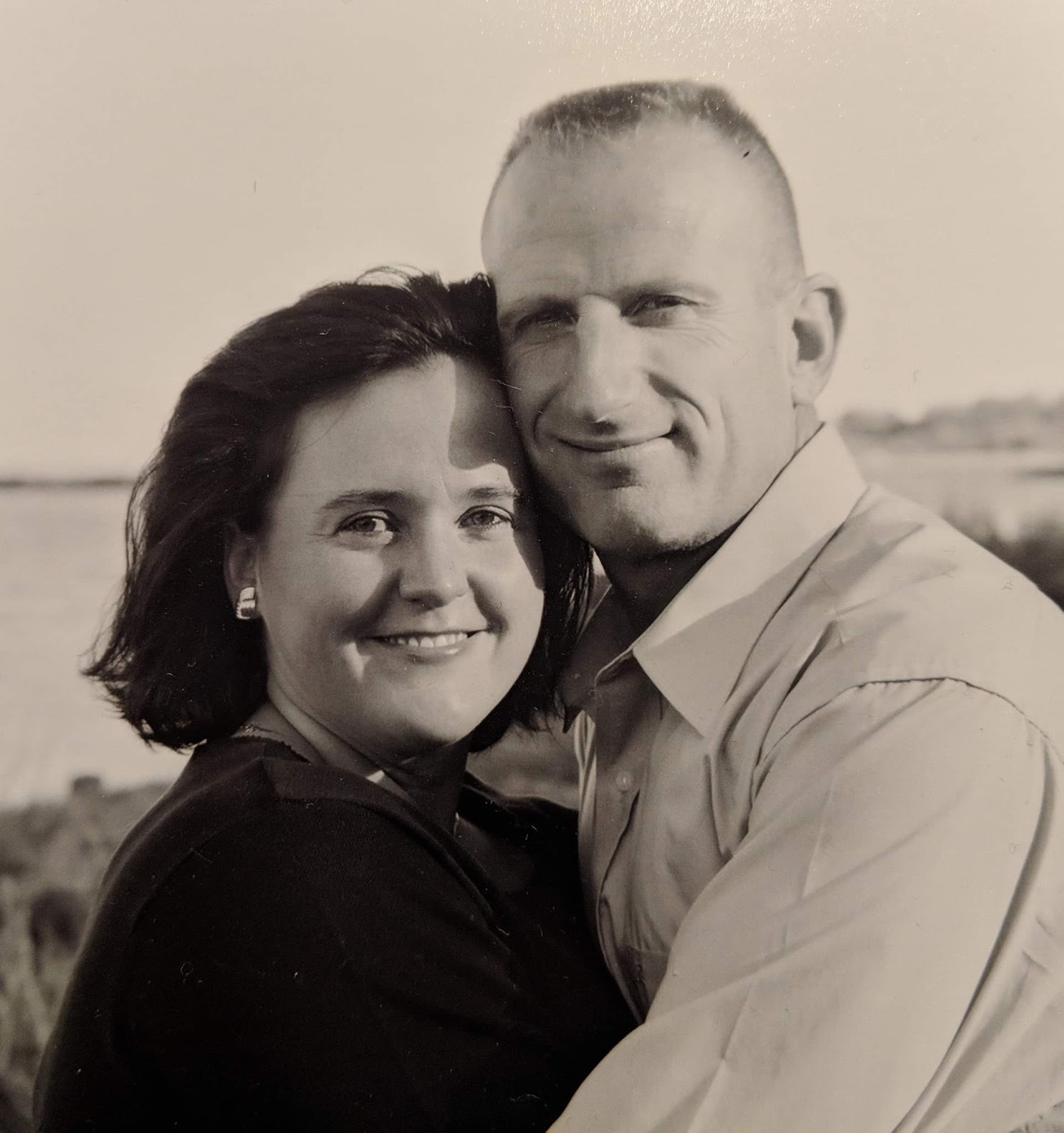 How has this event impacted your family?

I’m proud of my son because he takes a lead role there. He makes the announcements and he greets all of our friends when they come. The first time we did it, I pushed my son in a carriage. Then he started walking, and now he runs a portion of it. It’s grown every year. It started off as me and my friends and family, and now it’s also his friends and their families. It’s wonderful to see him and a group of kids supporting each other. It’s beautiful, actually.

What do you want people to know about caregiving?

Do you have a favorite photograph from the event you can share with us? 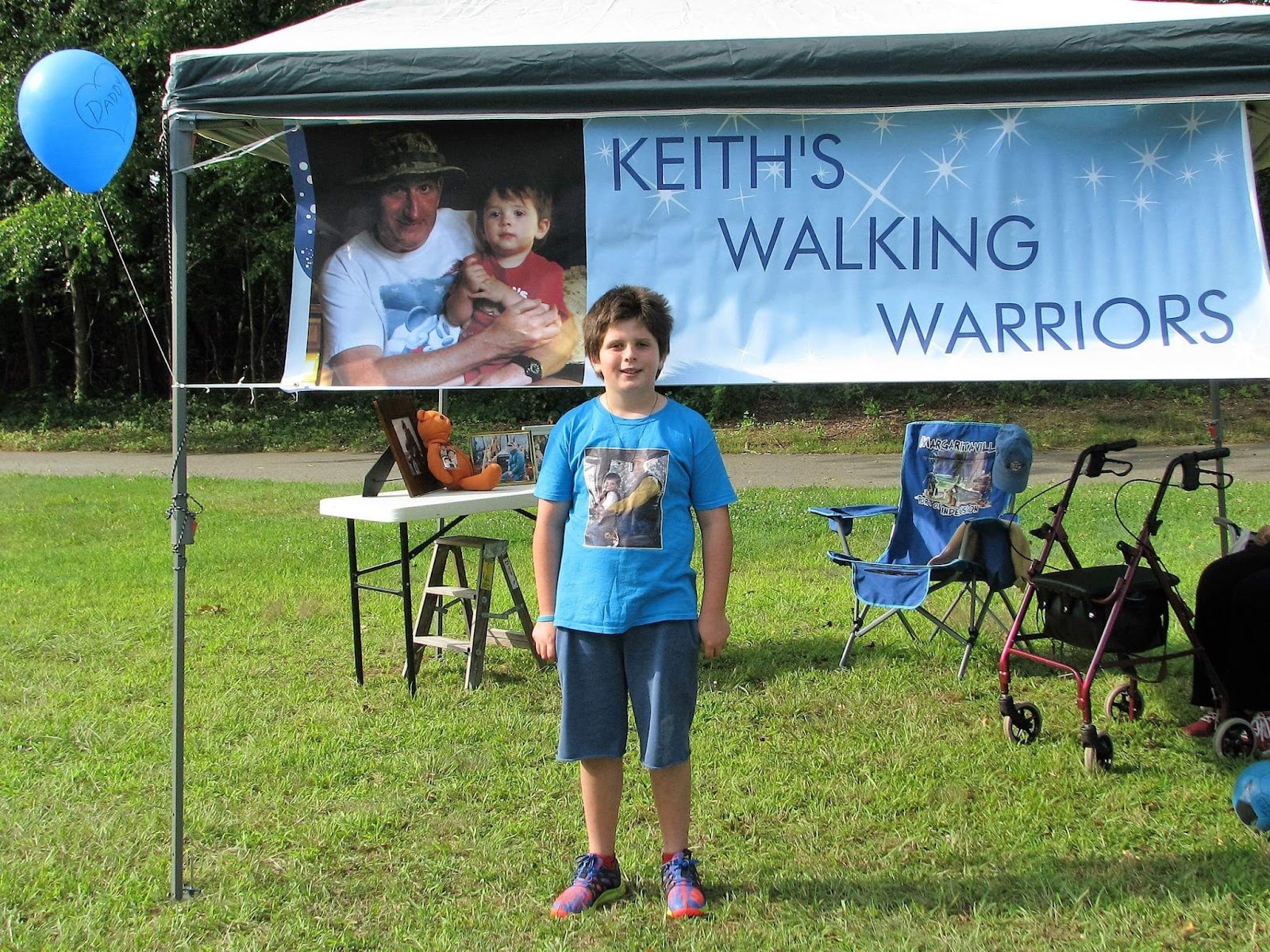 This is a picture of my son Jake in front of our tent and sign at the 5K. Every year Jake wears a special T-shirt that I had made. On the front is a picture of Jake with his Daddy and on the back is written, “I am running in loving memory of my Dad, Keith Raymond, 1959-2010️.”

Why should people come out to the 11th Annual Colorectal Cancer Awareness 5K WalkRun?

Barbara and the team at Rhode Island Allies really put on an event, not just a walk. There are raffles and prizes, free food, and music playing. We set up our little tent with corn hole and other games, and every year it's growing. It’s very heart-warming. Plus we’re raising awareness. Everyone knows someone who has been affected by colorectal cancer. We want to bring awareness to this silent killer.