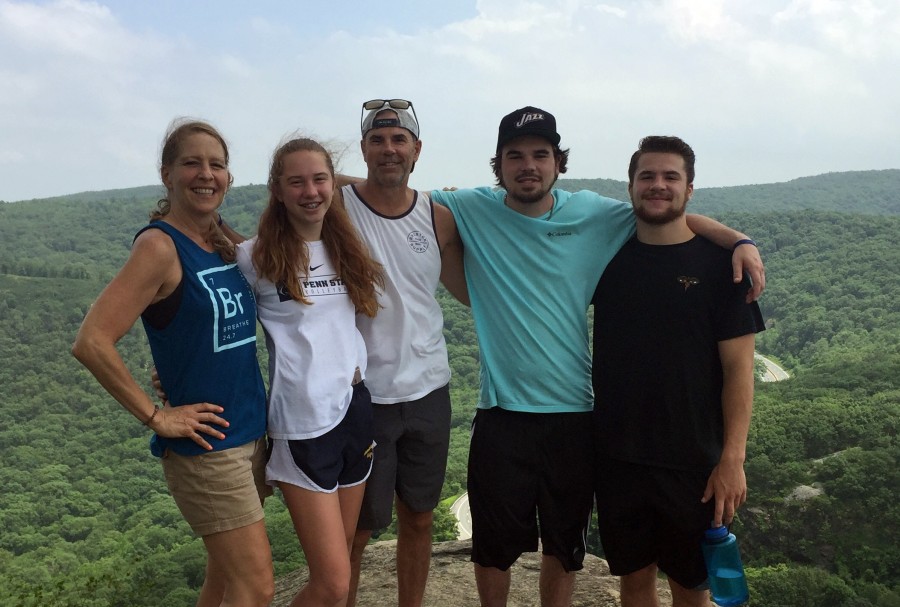 People are often remembered by the way they encountered the world. Loved ones will say a person was warm, generous, or altruistic.

As a wife, mother, and member of the Cortland Manor, New York, community, Leslie Mansell was all of those things. But it’s the stories of a person, Leslie’s especially, that bring their memories to life — and inspire us all to strive for a greater purpose.

“Her mission in life and her calling was to really make people and the world a better place after she touched them,” said Daniel Mansell, Leslie’s husband of nearly three decades. “There were so many ways you could see that in everything she did. Leslie's motto was 'Kindness Matters.'”

When Leslie was diagnosed with colorectal cancer in January 2017, no one could believe it. She had just turned 51 and, despite feeling tired and recent GI issues, appeared to be in great health and relatively symptom-free.

But colorectal cancer had been developing in her for years, and ultimately she was diagnosed with stage IV metastatic disease.

The bad news came just ahead of the Mansell family’s Christmas party, with 40 to 50 friends and neighbors invited. The party would have been easy to cancel. The neighbors would have understood.

“You can't imagine the level of anxiety, not knowing the results of her scans or biopsy, and we had more appointments scheduled for after the party,” Daniel said. “We could have said, ‘No, it’s not a good time.’ But we didn’t. Leslie was not worried about herself.”

Leslie made the decision to continue with the party, bringing another memorable event to her friends, while keeping the extent of her diagnosis private. There was nothing they could change, she told Daniel, it is what it is.

“She didn’t worry about the little things that you can't control,” Daniel said. “She cared about the big picture.”

The Place She Wanted to Be

After a cancer diagnosis, especially a life-threatening one, everyday moments can become a big focus. For others, a diagnosis is followed by a rush to realize dreams.

“Sometimes people break out their bucket list,” Daniel said. “Am I going to Rome or Athens or Paris?”

“She was like, ‘I want to be where I’m happy, which is right here, with my kids, keeping life normal while still creating meaningful moments and celebrating every day,’” Daniel remembered.

She wanted to have fun.

“I had to tell my friends and family that this is not about ‘poor her’ or ‘poor you,’ it’s about what we are going to do tomorrow that will be fun and exciting,” Daniel said. “She wanted to simply enjoy living.”

Together with her three children, Leslie hiked and gardened, took adventurous day trips during the off week of treatments, enjoyed weekends at the “Crunchy House” or at the beach, boogie boarding, and catching sand crabs.

“She would make little necklaces or earrings with her daughter, or would paint bird houses,” said Michele Scully, a friend and co-organizer of the memorial event. “Just the little things that meant so much.”

Leslie was also propelled forward by her love for yoga — a practice that she said fueled her positivity.

“We used to go to yoga together and I was like, ‘You’re unbelievable,’” Michele said. “Even after going through all she’d been through — she was just incredibly strong.”

As a teacher, and then as a popular substitute teacher, Leslie touched the hearts and minds of many local students.

“She was one the kids would gravitate to,” Daniel said. “In The Wizard of Oz there is a good witch and a bad witch. Leslie was the good witch, and she was filled with a positive spirit, smiles, and she was always encouraging and constructive.”

At her children's elementary school, Leslie volunteered to create a talent show called "LT’s Got Talent," giving kids a chance to shine.

“She created this with no funding, no support, all grassroots,” Daniel said. “They had a boombox, and she had her schedule and endless encouragement, and these kids had out-of-body experiences on stage in front of a lot of people. She created these positive moments for kids that just kind of stay with them.”

And the students kept Mrs. Mansell, as they called her, in their hearts, too.

At the end of Leslie’s four-hour wake, after all but three people had made it through the line, Daniel greeted a mother and her two children. Daniel asked how they knew his wife.

“The girl said, ‘Oh, I’m here because Mrs. Mansell was one of our favorite teachers, and we loved her,’” Daniel recalled.

It was the end of the day, but these were the people Leslie worked for and supported, Daniel said, so he pressed for details.

“She was always kind, smiling, and had positive things to say to us,” the girl said.

Again, Leslie was all of those things.

“She touched so many people and so many different friend groups,” Michele said. “But it didn’t matter how many friends she had. She was always there for you.”

“She taught my kids and others that it is OK to be the first on the dance floor or the first name on the Karaoke list," Daniel said. 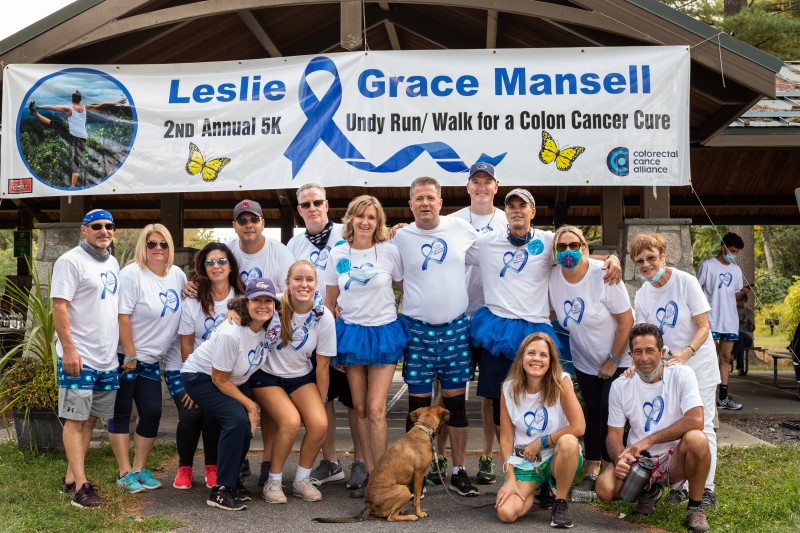 Leslie’s friends and family will remember their “Wonder Woman” at the upcoming 5K, while raising awareness for screening and funds to defeat this disease.

“We must end colorectal cancer because we can,” Daniel said. “It’s something that is achievable if we have enough people, enough brain power, enough money, and enough support. I always say we can put a man on the moon, but we can’t stop a disease? We can.”

With screening recommendations just revised to include people starting at age 45 — a response to the increasing rate of young-onset colorectal cancer — this third annual event comes at a critical time.

It’s possible that Leslie’s journey would have ended differently if she had been screened earlier, as guidelines now suggest.

On September 26, the Yorktown community gets its chance to fight a disease that takes more than 50,000 lives each year — beloved individuals like Leslie.

Check-in begins at 9:30 am at Franklin D. Roosevelt State Park. All are invited. Register here.