Kurt Kiess: Golf fundraiser is a “labor of love” 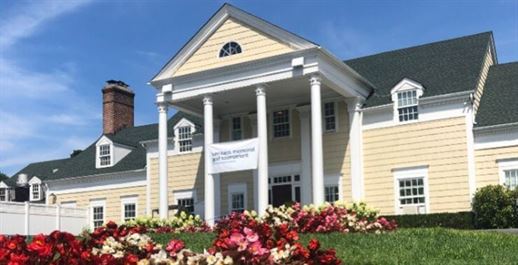 The third annual Ken Kiess Memorial Golf Tournament was held recently in Port Washington, New York, in honor of a dear friend, father, uncle, brother and husband, Ken Kiess, who passed away at age 52 in 2016 from stage IV colon cancer.

“This year was our most successful event yet,” said Kurt Kiess, Ken’s twin brother who has planned and hosted the event each year along with his wife Nina; Ken’s wife, Julie; and Ken’s dear friend, Bob Weppler.

Ninety-four golfers attended this year’s tournament and helped to raise more than $50,000 for the Colorectal Cancer Alliance’s life-saving programs to screen, care, and cure.

In response to this year’s success, Kurt said, “This is no average golf fundraiser, this event is a labor of love.”

From the German beer pretzels on the golf course to Ken’s favorite meal and German dish, sauerbraten, being served at the dinner portion, “every aspect of the tournament had special touches or quirks that resembled Ken,” Kurt said.

In the tournament’s three years, Kurt Kiess (pictured above, far left) and his super crew have learned a lot and have plans for growth.

“We have ideas for next year already,” Kurt said. “We are talking about honoring a local doctor and bringing in more participation prizes. As this grows, we have the capacity to get to over 150 people to attend and raise more than $100,000 for the Colorectal Cancer Alliance.”

When asked what advice he would give to others considering to plan their own fundraiser event, Kurt said, “Be organized. You need to stay on top of it and don’t be bashful asking people (to come and donate).”

Kurt said, “A few weeks before the golf tournament you’re like, ‘ Will there be a tournament?’ But you get to the finish line in the end.”

For Kurt, his favorite moment at this year’s event was actually a memory.

“When everyone got together in the dining room at the end of the night and there were family pictures everywhere, and a picture of my brother at Oktoberfest drinking a beer,” Kurt said. “And just knowing that if he (Ken) was around he would have been right there with us having a beer and sauerbraten, his favorite dish. Family and honoring Ken. That's what this is all about.”