Kangol Kid: The New Look for Hip Hop and Cancer 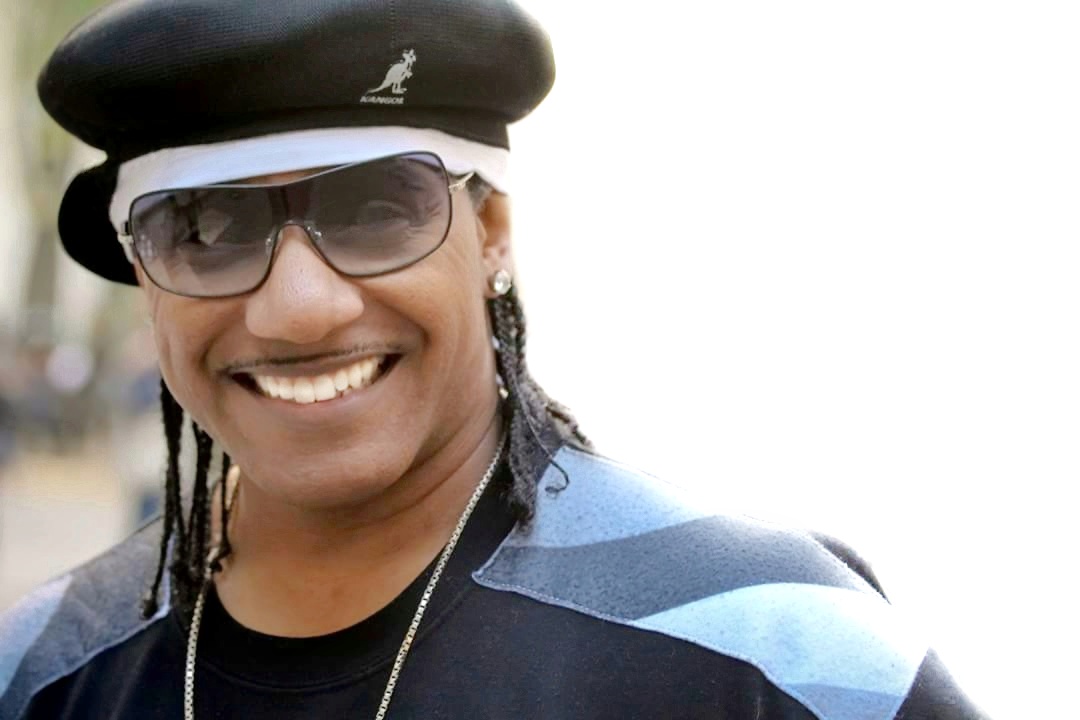 In 1985, a new hip hop record from the group UTFO challenged the genre’s sound. The record opens with now-familiar turntable scratches and a backbeat built for the boombox. A B-side called “Roxanne, Roxanne” earned the four-piece fame. But it was when “Fairytale Lover” turned that heads spun.

The rappers started to sing.

“My group was the first rap group to ever have an R&B ballad perform on the charts,” said Kangol Kid. “It made every fan of rap and every rapper go, ‘Hold up, you can do that?’”

“Anything I did for the first time, it was the first time it was ever done in hip hop,” Kangol said. “I’ve been changing the look of hip hop the entire time, and I have no problem changing it again.”

After a recent diagnosis with stage III colon cancer, the 54-year-old Kangol aims to challenge the way many Black men deal with this disease — which, he said, is with silence and suck-it-up attitudes.

Even before treatment started, Kangol shared his vision with the Colorectal Cancer Alliance.

“The new look for hip hop and cancer is to go get yourself checked out before it happens,” Kangol said.

All people of average risk should begin screening for colorectal cancer at age 45. Screening is safe, and options are available.

Most colorectal cancers develop without symptoms, which is why on-time screening is critical. When they do occur, symptoms include finding blood in or on stool. This was Kangol’s on-again, off-again warning sign.

“Being a typical man, my mindset was it’ll get better, it’ll be fine,” Kangol said. “When I didn’t see the blood anymore, I figured I'm good here.”

Kangol first noticed traces of blood on toilet tissue. Then it was in his stool. Kangol had never been screened for colorectal cancer, which affects 1 in 23 Black men and 1 in 24 Black women. Learn more and download the “African Americans and Colorectal Cancer” resource sheet.

He said he thought it could be hemorrhoids. Or maybe he pushed too hard. Or maybe he had been constipated too long. Kangol also said his insurance wasn’t set up right, making getting screened difficult.

But after two years, the symptoms persisted and took an alarming turn.

“In the privacy of my own bedroom, I had to pass gas, and as I comfortably released, it came out with a substance,” Kangol said. “The urban term is 'sharted,' so I thought I sharted, so I ran to the bathroom to see what damage I did.”

He found a bloody mucous and soon called a doctor. But it was too late.

There’s a deep-rooted reason why Black men avoid talking about health concerns and getting treatment, Kangol said. “Stigma” is the term often used to explain the silence, but Kangol said there’s more to it, starting with the facts. Black men are the racial group most at risk of developing and dying from colorectal cancer.

“We ignore it. We don’t take it seriously. That’s how we deal with the facts,” he said. “Some of us are too proud to get help. I had nothing but men in my family. My dad had five boys. My brothers all had sons. It’s that whole man-like mentality. You’re raised to deal with things and keep it in.”

Silence is a deadly tradition passed from one generation of Black men to the next.

“A man would say to his son, ‘Toughen it up,’” Kangol said. “‘You can deal with that, be brave, be strong.’ It’s that simple, just those few words being shared from an elder man to a younger man.”

But in his latest charge through precedent, Kangol is fearlessly challenging those notions by using his voice.

Kangol grew up in Brooklyn, imaging himself as a superhero. He bounced around with a towel fashioned as a cape, often considered flying from his home’s second-story window, and once scaled a radiator pipe, a feat that ended painfully. Later in life, he realized the superhero credential in his work to fight breast cancer.

After his manager’s mother lost her life to the disease, he couldn’t sit still.

“She was like a mom to me,” Kangol said. “I reached out to all of my hip hop celebrity friends and had them assist me in getting the word out. The word was one doesn’t have to die from this disease if you get checked early enough."

The work earned him TV appearances and an award from the American Cancer Society. Kangol said other patients attributed beating breast cancer to his relentless drive toward ending the disease. But like a superhero working under the cover of night, he didn’t do it for the fanfare.

“I did it because I didn’t know how to deal with someone passing from breast cancer,” Kangol said.

The only way Kangol knew how to cope was with action.

And it’s with action that he’ll cope with colorectal cancer, too.

“Before my personal condition, I was using celebrity status to bring awareness to breast cancer, but experience is everything,” Kangol said. “I think now, being a member of this [colorectal cancer] family, I think it qualifies me a little bit more to speak on it. I think others will listen to me more as I speak on it. It’s the difference between being in the headquarters or being on the front lines. I’ve gone clearly from one to the other.”

As Kangol starts treatment at Lincoln Hospital in the Bronx, he finds inspiration in other’s journeys. You can follow his journey on Instagram.