Healthcare and the 2020 Election 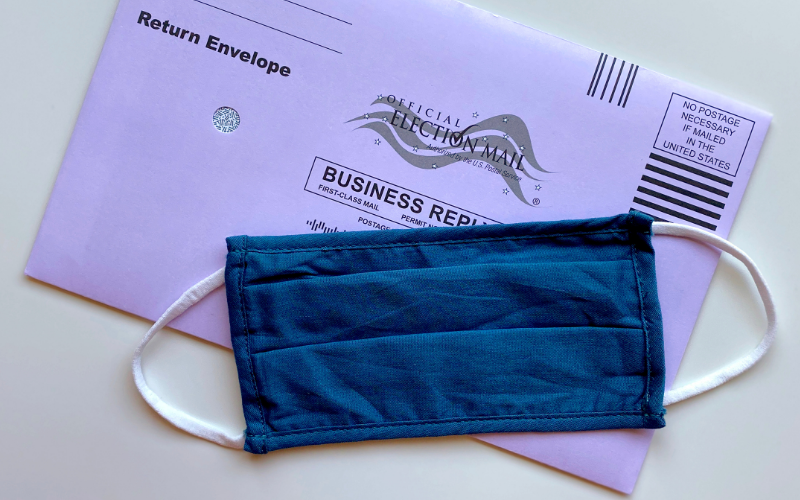 As the saying goes, “If you give up your right to vote, you give up your right to complain,” and this is particularly true about health care as our state and federal legislatures must either solve or chose to ignore a number of major issues affecting the health care of Americans. Many Americans are already voting in record numbers in the majority of states that provide for early voting. If you have not yet voted the Colorectal Cancer Alliance strongly encourages you to do so on November 3. Since you are reading this, candidates’ positions on health care will likely be one of the areas you will consider in making your decisions. Below are some of the leading health challenges our elected leaders face next year and how to get information on what the candidates plan to do about them.

Medicaid and the financial impact COVID 19

Obviously, COVID-19 is the most urgent challenge in America and around the world. Once the virus is managed the serious financial consequences will remain. One of the effects of COVID-19 which has not received a great deal of attention is the impact it has on Medicaid. The Brookings Institute estimates that, as a result of the virus, income among all the states will decline by about 500 billion dollars, or more than 16% of their total budgets from 2019 through 2022. While the exact percentage varies by state, on average more than 20% of the money states spend is for Medicaid. Unlike the Federal budget which can operate at a deficit, states must balance their budgets. Hypothetically then, if states kept the same allocation, they would need to cut Medicaid spending by at least 100 billion dollars just to stay at 2019 cost levels.

Significant cuts to Medicaid don’t just hurt patients in the program, everyone will feel the impact. Medicaid covers the poorest and most vulnerable in our society. Lacking the ability to pay individuals typically delay health care until the condition is critical and they wind up in the emergency room where they must be treated regardless of whether they have insurance resulting in uncompensated expenses for hospitals. Hospitals have to recoup these expenses by charging more to those who do have health insurance.

The ACA and California V. Texas

Anyone watching the Senate confirmation hearing for Judge Amy Coney Barrett’s nomination to the Supreme Court is aware that the fate of the Affordable Care Act (ACA) rests with the Supreme Court. The ACA originally included what is referred to as the individual mandate which required that people either have health insurance or pay a penalty. The reasoning for the individual mandate was that those without insurance still get uncompensated care and the rest of us pay for it. In 2012 the Supreme Court ruled that this was constitutional. But then in 2017 the Republican Congress set the penalty level at zero, which functionally eliminated the individual mandate. Unable to repeal the law in Congress, a group of Republican state attorneys general then sued claiming the mandate was essential to the law and therefore the entire ACA is unconstitutional. Since the Administration’s Justice Department refused to defend the ACA in court, several Democratic state attorneys general stepped in to take the defense.

So what happens if the Supreme Court sides with Texas and invalidates the ACA? Nobody knows. The clear and immediate implication is millions of people who now have insurance because of ACA subsidies won’t be able to pay the full premium for their insurance and will lose coverage. Insurance companies will no longer have to provide coverage for pre-existing conditions. Will they continue coverage for expensive pre-existing conditions like colorectal cancer or maximize profits by dropping those they consider too costly? For those that are keeping their adult children on their employer health insurance until age twenty-six, they will lose that option.

Even If the Court sides with California and maintains the ACA, it is widely agreed by supporters of the ACA that updates and fixes to the law are required so our elected officials will still need to take action.

While there is much disagreement about how to fix it, few would contend that our current health care system is not in need of some repair. America spends more per person on health care than any other industrialized nation, but for most medical conditions we have poorer outcomes. Part of what drives the cost differential is that 35% of our health care dollar goes for administration. We spend $2,500 per person annually on administration compared to $550 in Canada. And, despite our huge investment in health care, 28 million Americans have no health insurance.

According to Pew Research and other research organizations, health care is the second most important issue on voters’ minds. In deciding which state, congressional and presidential candidate is going to be best able to help fix our health care system, it is important to go beyond what they say in their television ads and look at what they specifically propose to do. Campaign websites are a good place to start. For the presidential election, the Biden plan is at https://joebiden.com/healthcare/#.  The Trump campaign does not address a health care plan on its website but information about the executive order approach to fixing health care is at https://www.whitehouse.gov/issues/healthcare. For congressional and state elections, be sure to check out the candidates’ campaign websites.

This year, while voting in-person may be a bit more difficult with the virus and other factors that may mean fewer voting locations and longer wait times, we urge you to make the extra time to vote. It is important to remember the great sacrifices so many have made to secure and protect your right to exercise this most fundamental American value. And remember, if you decide not to vote, please refrain from going on social media to complain about the elected officials chosen by those who did.