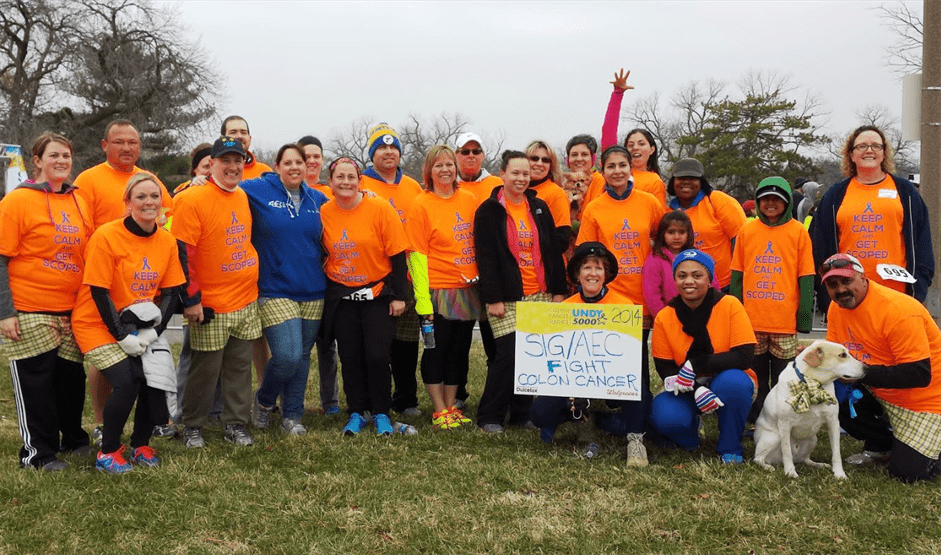 Dr. Steve Fern’s mother-in-law died from colon cancer. She was 70 at the time, close to the typical age of diagnosis in women. But, Dr. Fern says, it could have ended differently.

“She never had a colonoscopy,” he says. “That was the problem.”

Despite his gentle nudging at family dinners, and the occasional slip of a statistic, Jo Decatur resisted Dr. Fern’s pleas. She was diagnosed with stage III colon cancer and endured debilitating chemotherapy before passing away.

Nearly a third of adults eligible for a colonoscopy—one of seven screening tests available today—have never been screened for colorectal cancer.

Dr. Fern cites the American Society for Gastrointestinal Endoscopy when he says people are deterred from screening tests for three main reasons:

“Some primary care doctors will think that the patient doesn’t have symptoms, and they won’t want to put them through the procedure at that time, so it gets put on back burner indefinitely,” Dr. Fern says. “And the patients won’t bring it up. They won’t say, ‘Oh, I want a colonoscopy.’”

Dr. Fern tries to combat this behavior by sharing the importance of timely screening with working physicians at conferences and interns and residents at his office. He also stresses the importance of evaluating patients of all ages, including those under 50 years old, for colorectal cancer.

The American Cancer Society reports that 11% of colorectal cancer patients are under age 50, and an Alliance study showed 82% of young-onset patients were initially misdiagnosed.

“A lot of these people are misdiagnosed because people say 20 or 30 year olds don’t get colorectal cancer, but if you have blood in your stool, that’s abnormal and needs to be investigated,” Dr. Fern said. “Don’t just blow it off because you think it’s hemorrhoids.”

Dr. Fern is also raising awareness in the city: Every year he and a team from his practice, Specialists in Gastroenterology, participate in the St. Louis Undy RunWalk.

“I got involved because my mother-in-law died of colon cancer, and that’s a driving factor for me,” Dr Fern said. “It’s also what we do every day during our work day here—we’re trying to end colorectal cancer and spread the word.”

Specialists in Gastroenterology has participated in the Undy in St. Louis for six years. The team, “SIG/AEC Fight Colorectal Cancer,” will participate again on March 24, wearing shirts with a funny slogan, holding signs telling why they run, and talking to other participants.

Dr. Fern is also part of the Undy Engagement Committee, a group of volunteers that helps plan the St. Louis Undy RunWalk. His work has led to the participation of most, if not all, of the city’s gastrointestinal medical offices.

“That’s what we do every day, we do our scopes, and prevent colon cancer, and educate patients, so I think it’s important for the GIs specifically to be totally involved,” Dr. Fern says.

The Undy RunWalk takes place in 22 cities across the United States.

So what made Dr. Fern enter gastroenterology in the first place? It’s a choice he made in medical school.

“The main thing was gastrointestinal physiology,” he says. “I loved that you could eat something, take out nutrients, and get rid of the waste. Also, it’s procedure oriented—it’s not just in the office.”