It's time to update the Cures Act 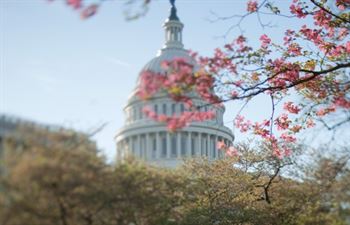 While the news is filled with stories about COVID-19, we can’t let our leaders lose sight of the fact that another disease takes an equal number of lives and has done so for generations. Each day cancer kills almost 1,700 Americans. In 2016 Congress passed and President Obama signed into law the 21st Century Cures Act which invested $6.3 billion into cancer research, along with streamlining the FDA to get new treatments to patients faster. This important legislation helped to advance many of the new treatments that have become available.

As we approach the five-year mark of the 21st Century Cures Act, it is clearly time for Congress to update the law and expand on the original "moon-shot" vision. U.S. Representatives Diana DeGette (D-CO) and Fred Upton (R-MI) have drafted a concept paper to be a starting point for developing bipartisan legislation known as "Cures 2.0."

As would be expected during the current pandemic, the concept paper includes provisions to improve our nation’s ability to respond to future threats, such as a national testing and surveillance program. However, the paper also covers several areas of importance for people with colorectal cancer and their families.

The paper proposes enhanced communication to expand participation in clinical trials and better reimbursement for clinical trials subjects as well as requiring FDA to report on improving demographic representation in trials. In addition, it seeks to better incorporate patient’s experience data into the regulatory decision-making.

Not all patient care happens in the clinic and homecare is an essential element of an effective treatment plan. The paper stresses the importance of caregivers and ways to improve caregiver education and skills which would enable them to complement professional health care.

The first Cures Act sought to enhance the FDA, particularly in the development of digital health technologies. The paper seeks to expand on FDA modernization including grants in the areas of innovative clinical trial design and patient-focused drug development.

The paper politely describes the U.S. health care system as "a system in transition." And notes that "While alternatives to individual coverage and reimbursement rules are being tested within demonstration projects through such bodies as CMMI, the overall pace of modernization must be improved to keep pace with technological and scientific advances." Here the paper generally raises questions about how to improve coverage models and seeks feedback from stake holders.

Whether or not one agrees that the items included in the concept paper are the right things to be addressed in a Cures 2.0, Representatives DeGette and Upton are to be applauded for starting the discussion on the next Cures Act. It has been almost five years and time to move to the next level. Keeping with the "moon shot" analogy used in the first Cures Act, remember that it was not the first Apollo mission that put us on the moon, but the 11th. We would encourage you to send an email to your representative and indicate that it is time for Congress to take the next steps on the 21st Century Cures Act; and, if you have specific feedback on the DeGette / Upton paper be sure to include that. Click HERE to review the full paper.