Chris McNamara: Just go out and do it 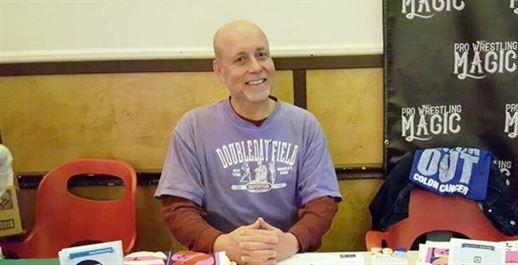 Some would say it’s ill-advised to go on a date with an empty stomach, and that’s why Chris McNamara, on his way to one, stopped for a hot dog.

“I didn’t want to be that guy and embarrass myself when the drinks started flowing,” he said.

But the hot dog didn’t sit well. Two weeks later, when Chris’ stomach remained twisted and a fever had taken hold, he checked himself into a hospital. Doctors performed a colonoscopy to see what was happening in the 48-year-old’s gut.

Chris learned he had stage IV colorectal cancer and underwent six months of chemotherapy. During treatment, Chris looked for organizations related to colorectal cancer. That’s when he found the Alliance and made a promise to himself.

“I said if I make it out of this alive, I want to do whatever I can to spread the word and make people aware of this type of cancer,” Chris said.

He’s had seven cancer-free years and has made good on his promise, taking full advantage of his “second chance in life.” Patient navigator and volunteer champion Valerie Awad agrees, calling Chris “stellar,” noting he always answers the call for volunteers. 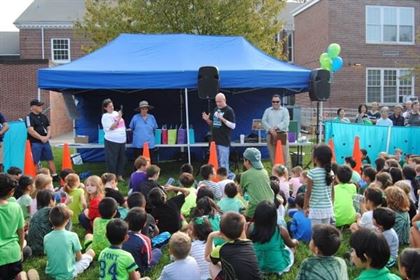 At a New Jersey elementary school where a teacher had passed away from colon cancer, Chris shared his journey with students and their parents or guardians. He also traveled to a chemotherapy company to inspire staff by sharing how their drug helps patients. And at a local Class D wrestling event, he told participants and spectators that “cancer doesn’t discriminate.”

Over the years, he’s spread the message of prevention with hundreds, putting to service his years of public speaking as an insurance salesman.

“I hope they listen to their body,” Chris said. “Don’t be a hero—just go to the doctor, even if it’s a little pain.”

“I just like to help people,” Chris said. “People are learning from me.”

Chris’ advice for would-be volunteers: “Just go out and do it,” he said. “It’s always better to give than to receive, and once you start doing it, you’ll want more of it.”

If you’re interested in volunteering with the Colorectal Cancer Alliance, join Chris and a nation of allies here.