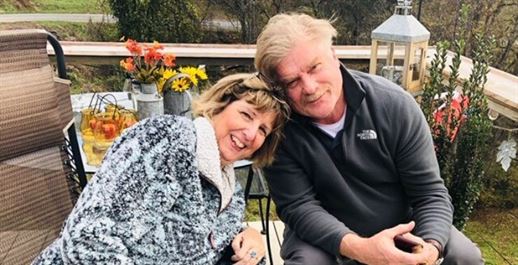 Just a few weeks ago, North Carolina resident Bob Toole had looked into trading his “too big” Denali pickup for an SUV. The pickup is helpful for his work in real estate, but Bob said it’s difficult to park and impossible to turn in a tight spot.

He looked at smaller SUVs from Acura and BMW, but definitely not the Porsches.

“I figured they’d be too expensive,” he said.

As Bob contemplated SUVs, he’d forgotten about the Blue Hope Bash car raffle ticket lying unopened on his desk, waiting for its moment. With ticket No. 544 in his possession, maybe a Porsche wasn’t out of Bob's grasp. 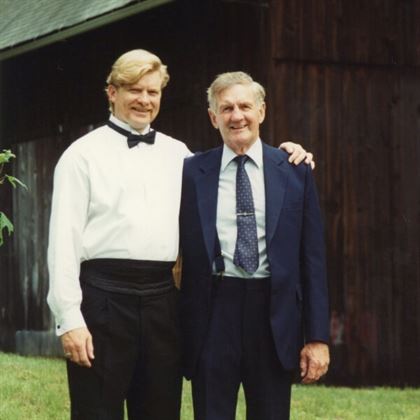 Bob, on his wedding day, with his late father Bill.

In 1997, Bob’s father Bill passed away from stage-IV colon cancer after a six-year battle.

“At that time, they didn't have many treatment options,” Bob’s wife, Cheryl, said. “To watch someone go through that who means that much to you is really hard.”

In the years since, Bob has taken the initiative to get screened for the disease.

“There are a lot of hereditary cases of colorectal cancer,” Bob said. “Once you have that in your family, you have to be more alert.” Doctors have found and removed polyps—abnormal tissue growths that can develop into cancer—during Bob’s colonoscopies.

These screenings led Bob to the Colorectal Cancer Alliance website, where he found information on symptoms, colonoscopy preparation, and much more.

He also saw a colorful ad for the Blue Hope Bash car raffle on the Alliance’s homepage.

“When I saw that I could donate $100 and have an opportunity to win a Porsche, that was a winner,” Bob said. “I can participate in a charity that I relate to and help others, as well.”

For $100, Bob had entered a raffle to win a custom 2020 Porsche Macan S—a sporty, luxury, compact SUV in metallic blue. The car was donated by allies Jay and Lyn Ferriero, which meant every dollar of the raffle ticket price went toward the Alliance’s program to screen, care, and cure colorectal cancer. 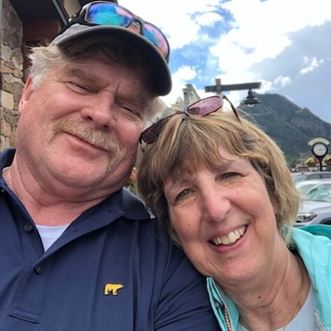 To his great surprise, Bob woke up on November 3—the morning after the Blue Hope Bash—to an email saying he had won the Porsche, valued at $69,110. There was also a voicemail on his phone from Blue Hope Bash emcee Craig Melvin, a Today Show anchor.

“We were shocked,” Cheryl said. “He got the email, and you’re always kind of skeptical. Like, really?”

But it was true. The seven-speed, 348-horsepower Porsche with three-zone climate control and a panoramic roof was his.

“When I bought the ticket, I never thought I’d win,” Bob said. “I never win anything—I just wanted to help any way that I could.”

The prize was welcome news for Bob and Cheryl. For years, Bob has been dealing with various health issues and surgeries on his hip, shoulder, and knee. Winning, they said, has been uplifting.

“This is way bigger than us, this is somebody looking in on us,” Cheryl said.

To learn more about the Blue Hope Bash, click here.