Arlene Herson: The Worst Thing a Parent Can Hear 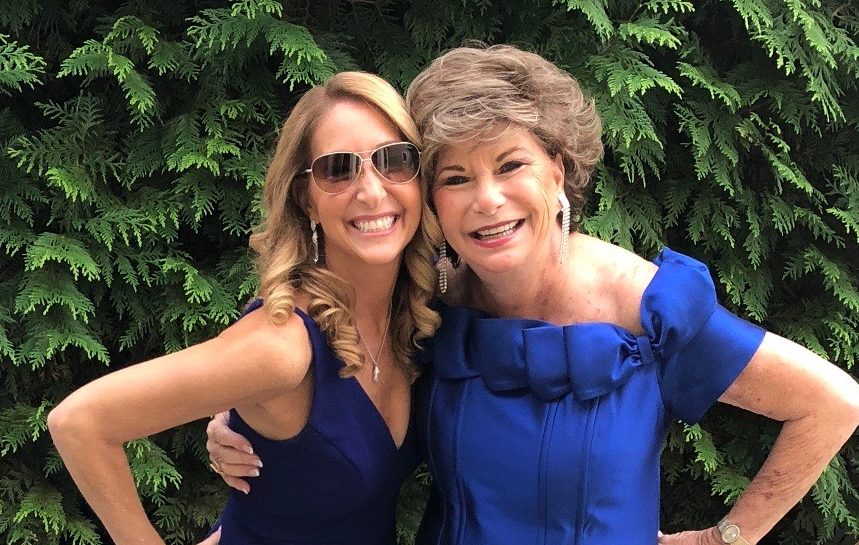 Her friend had long complained of stomach issues and trouble going to the bathroom, but she never received a colorectal cancer screening, Arlene said. At 61, Arlene’s friend died from colon cancer after refusing medical treatment — opting instead for natural remedies.

“I’m still saddened that she didn’t go the traditional way to solve it,” Arlene said.

Nearly a decade passed before Arlene encountered the disease again — this time with her daughter, Karen Herson. Karen’s colon cancer diagnosis devastated Arlene, who struggled to believe it could be true.

“I don’t even know how to explain the emotion,” Arlene said. “Nothing is more important than my daughter. The worst thing a parent can hear is that her child is sick, especially with cancer.” 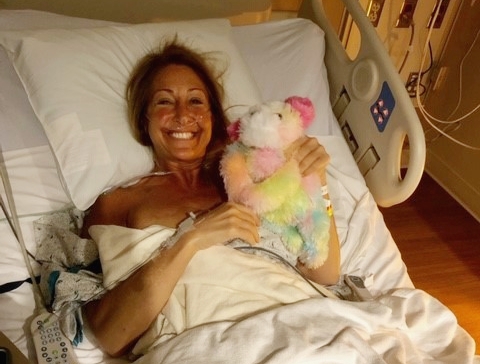 Karen Herson on her day of surgery.

Karen’s symptoms, until she found blood in her stool, were similar to Arlene’s late friend. But Arlene didn’t think for a second that Karen’s ailments could be cancer — it didn’t seem to add up. Karen was relatively young and healthy otherwise.

“I’m not a doctor, but she wasn’t even 50, and it was so rare for her to complain,” Arlene said. “I did not think what she had would be cancer.”

But in early 2018, Karen became one in a rising number of people under age 50 diagnosed with colorectal cancer. The news sent a shockwave through the family, which had to that point been untouched by cancer of any kind.

After processing what the diagnosis meant for her daughter, Arlene focused on supporting Karen and holding fast to the belief that her daughter would be OK.

“I didn’t want to put the burden on her to worry about me,” Arlene said. “The most important thing is to be supportive of your child and give her the goodness of support, and don't put your own grief in her lap.”

Internally, however, Arlene was angry that the cancer hadn’t been spotted earlier. 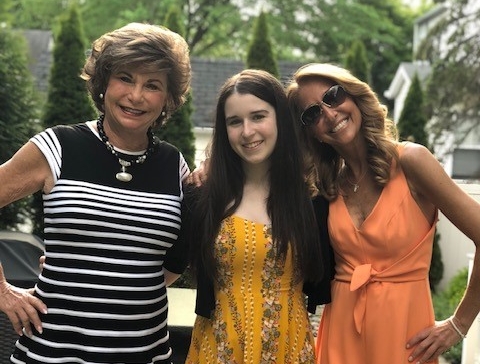 Arlene herself had been previously screened for colorectal cancer. During a colonoscopy, her provider found several polyps and removed them. Polyps are abnormal tissue growths that can develop into cancer, and about a quarter of colonoscopies in people older than 50 find polyps.

But Karen wasn’t quite old enough for a screening when her cancer was discovered, which happened only after she had multiple doctor visits and received a medley of medications for unrelenting stomach issues.

“After months of Karen having these various symptoms, they finally gave her a colonoscopy,” Arlene said. “I was frustrated and angry that it took so long.”

“If she had had it at 45, maybe it would’ve been a polyp and they’d have removed it and she never would have had cancer,” Arlene said, adding that the new guidelines are going in the right direction.

But there is still room for improvement, she said.

“I think if anyone has symptoms like Karen had, they should get a colonoscopy at any age,” Arlene said. “Maybe you’re 35 and you're having these symptoms, you should be able to get a colonoscopy.”

After surgery and chemotherapy, Karen is now healthy, although she receives regular check-ups to ensure the cancer hasn’t recurred.

In an effort to end this disease, Karen is now a co-chair of the Alliance’s Blue Hope Bash, which will stream live on November 13. The Bash is the Alliance’s premier fundraiser to support programs to screen, care, and cure this disease.

“We have to do the research, and we have to support the colon cancer organizations with funds so they can afford the research,” she said. “I just think that we need to spend more time figuring out this horrendous disease and how we can prevent it.”

Learn more about the Blue Hope Bash here, and read Karen’s side of this story here.