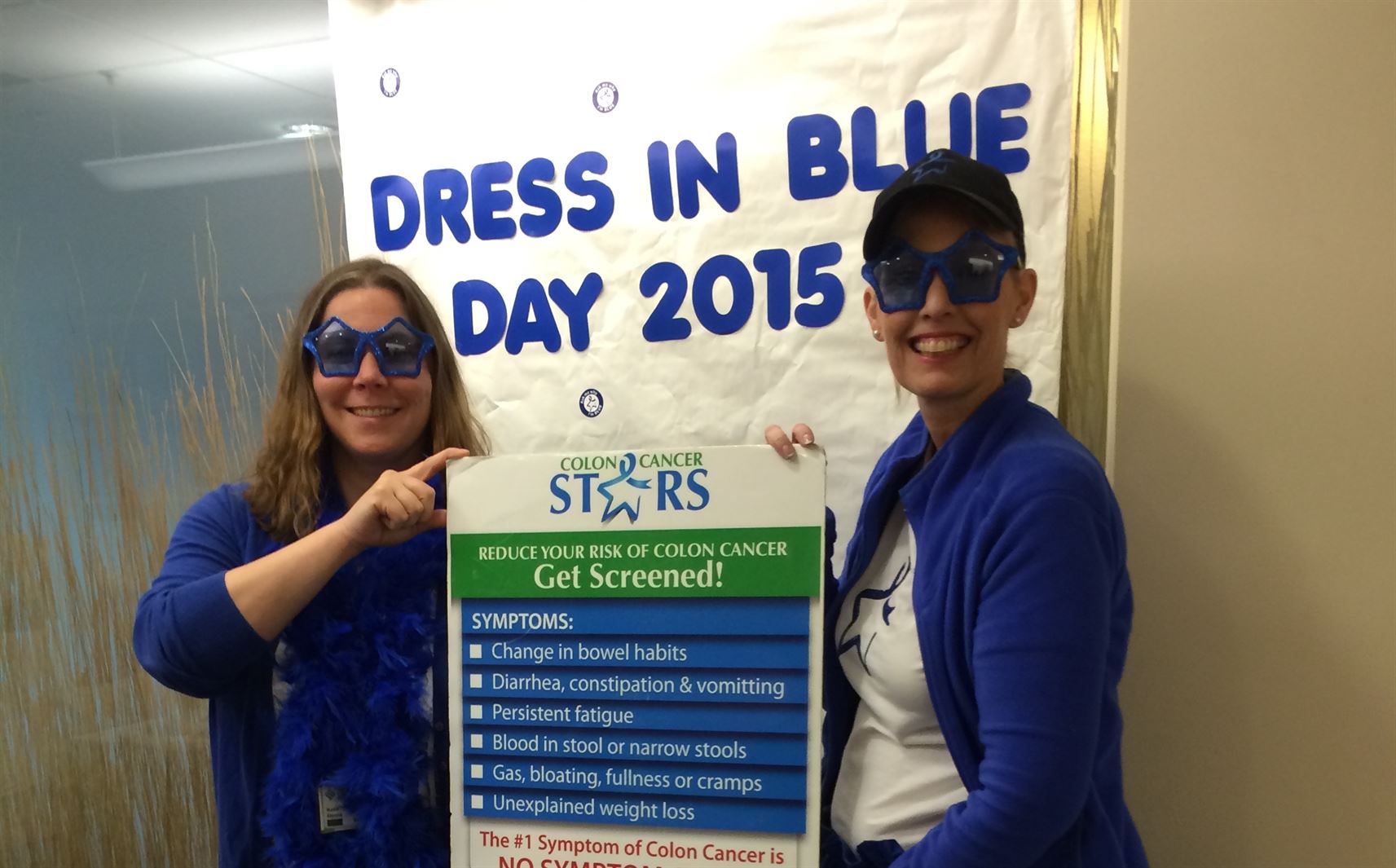 In 2006, Anita Mitchell was in a room full of public health officials and doctors. A stage IV colon cancer survivor, she was part of a Washington state colon cancer task force, and they were brainstorming ways to raise awareness.

Anita suggested that everyone should wear blue on a specific day in March, but the task force seemed perplexed.

“Here was this soccer mom coming up with this idea,” she recalled. “They didn’t really get it.”

At the time, Anita had two children in school at Holy Rosary in West Seattle, and she was at least the third parent in their 40s who had experienced colorectal cancer. One of her good friends, another school mom, had died from the disease at 37 years old.

So she took the wear-blue idea to the school’s principal, who was hesitant. Students’ parents get breast cancer and other diseases, too, the principal said, and the school needed to be sensitive to all. Anita was resolute, however. To her, this was simple.

“I said, ‘This is a problem, screening is not recommended for this age group, and they have to know the symptoms and how it’s preventable,’” Anita said. “I had to sell the principal on it, and that’s what I did.”

The first Dress in Blue Day took place on March 8. The whole school swapped plaid uniforms for blue jeans and blue shirts. Hundreds of students, excited and aware, brought dollars for colorectal cancer advocacy and educated the community when they posed for the newspaper at the end of the day.

Dress in Blue Day lets allies everywhere help end colorectal cancer, while honoring and remembering those who have struggled with it. In 2018, more than 135,000 people will be diagnosed with this highly preventable disease.

“Colorectal cancer is not something people want to talk about,” Anita said. “But I want people to talk about it. Had I known the symptoms or my family history, I would have demanded a screening and maybe my cancer would have been found at a more curable stage.”

Flashing back to the day after Holy Rosary went blue, Anita knew she had to keep the momentum going. She knew she had to get media attention. But doing so took pounding the pavement—literally.

In 2007, Anita went to the mayors of Seattle, Tukwila, and Port Angeles and received proclamations for Dress in Blue Day. Businesses and health organizations across Washington participated. The Port Angeles newspaper published a half-page interview.

The following year she went to Fall City—population 1,993—and walked door to door. By the third house, she found someone whose life had been impacted by colorectal cancer. She invited the local newspaper to cover the story for Dress in Blue Day.

“By then, I was a nonprofit, and we had screening cards, and I got the paper to cover that, too,” Anita said.

This year, Anita is going big. The 520 Bridge—the longest floating bridge in the world—will be lit blue, and allies from across the Pacific Northwest will come together.

“That’s a huge milestone for me because I’ve always wanted things lit up in Seattle,” she said. “It’s about bridging the gap to awareness.”