Students Rally for Awareness After One Loses Mom and Dad 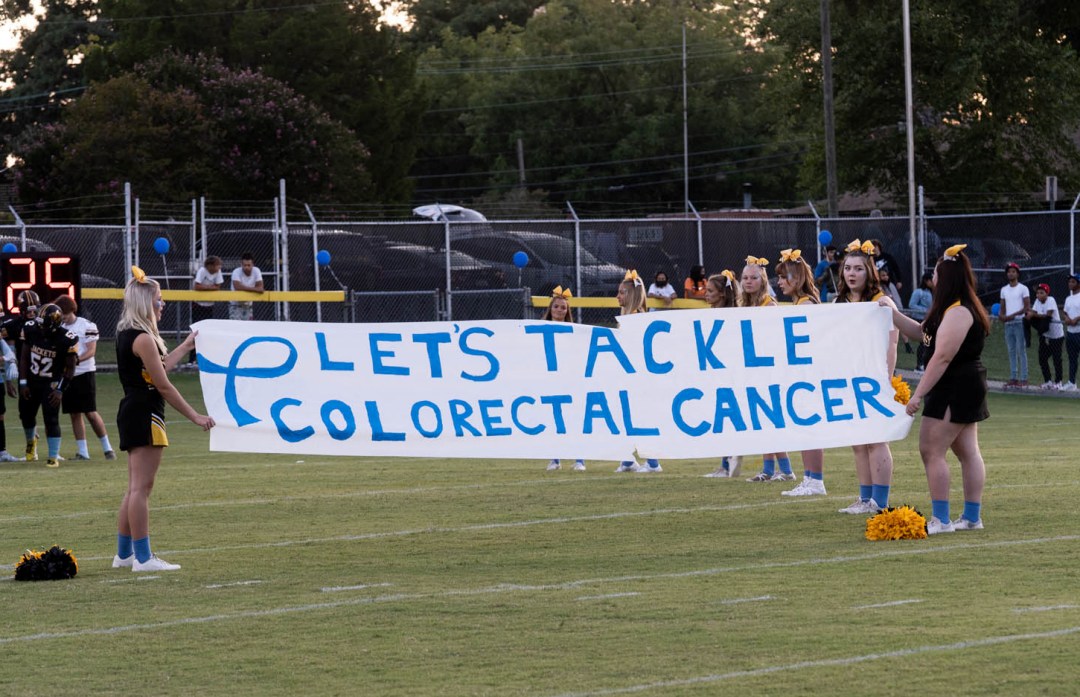 When Austin Geary peers through the guard of his high school football helmet, up into the bleachers, he sees friends, family members, and teachers. Their cheers are loud for the standout running back, but two voices are noticeably missing.

“My dad fought it for four years,” Austin says. “He beat it a few times, and it kept coming back worse and worse. My mom had it for three to four years. She beat it, too, but it came back … it’s a very terrible disease.”

Incredibly, Austin — who will be a senior this fall at Roanoke Rapids Graded School District in North Carolina — says he is doing OK. And with the help of his friends and support from the school district, Austin is taking action to help prevent colorectal cancer in his community.

“People need to be more aware of colorectal cancer and take it more seriously,” Austin says. “I just want people to take my story as an example, not second-guess themselves, and get screened.”

Colorectal cancer is the fourth most common and second deadliest cancer in the United States, but it’s highly preventable with routine screening starting at age 45 for people at average risk.

A Project for Prevention 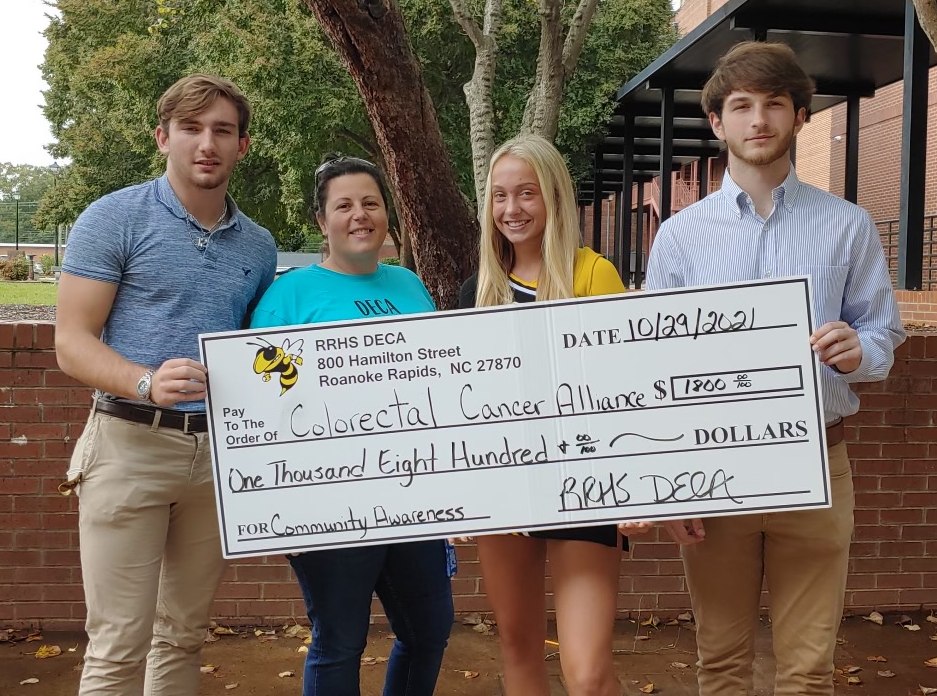 Two of Austin’s classmates and closest friends, Mary Brown and Robert Keyes, are also athletes, and both have had family members diagnosed with colorectal cancer — Mary’s grandfather and Robert’s mom.

“We decided that all of us have experienced a loved one fighting it, and we could spread more awareness in our community,” Austin says. “I think everyone just thinks it wouldn’t happen to them.”

As members of the school district’s DECA program — a nationwide, non-profit program that lets high school and college students practice key leadership skills — the trio plotted a public service campaign to raise awareness about colorectal cancer and funds for the Colorectal Cancer Alliance.

“I’d known Austin and his family for a long time,” Mary says. “I got to know Austin’s mom more when she was my teacher. She was really understanding and thoughtful for her students, and she was by far one of my favorite teachers I’d ever had.”

Austin’s dad coached Robert in football when he was young.

“His mom also taught my freshman year science class,” Robert says. “They were just really loving and caring people, and they did a lot in our community. Every time I would go to Austin’s house, they would always offer to cook me dinner.”

When these beloved community members were diagnosed, the school family wrapped their arms around them. T-shirts for Chad read “Team Geary.” T-shirts for Heidi read “Heidi Strong.” News of the diagnoses rippled through the community of 17,000.

And when Austin, Mary, and Robert decided to take on colorectal cancer through a series of events, community support swelled. 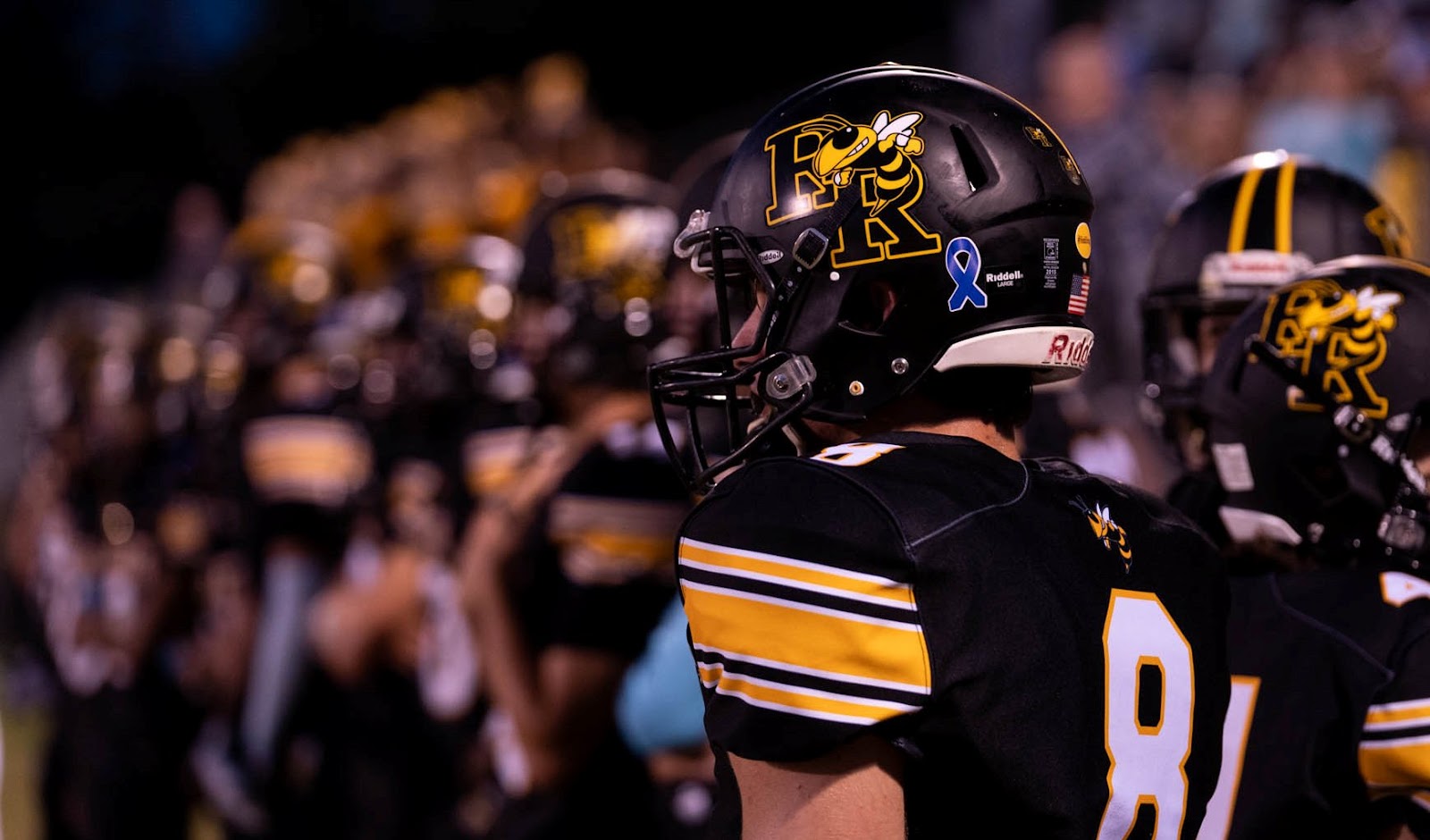 Football is a big deal in Roanoke Rapids. You’ll find a lot of residents under the Friday night lights. Austin and Robert, as football players, and Mary, as a cheerleader, planned a “blue-out” football game last September to raise awareness, just a month after Heidi died.

“We made T-shirts you could get at the gate and they were all blue, and if you didn’t want one, you could wear your own blue clothing, blue ribbons, blue socks,” Austin said. ‘We even told the away team it was a blue out, and they wore blue.”

The students also drafted awareness messages for the field announcer to read out to people in the stands and radio listeners at home. They created social media posts that received thousands of likes and hundreds of shares. And they also gave fans the opportunity to purchase tickets for a 50/50 raffle, benefitting the Alliance.

“It was honestly pretty crazy how much everyone participated in the event,” Austin says.

But the students weren’t done.

They also decided to raise funds through a competition among teachers at the school. Participating staff had one week to raise as much money as they could, and the bottom three earners would have ice water dumped on them.

In the end, staff raised nearly $800 among 10 teachers, bringing the total raise by the students to nearly $2,000. 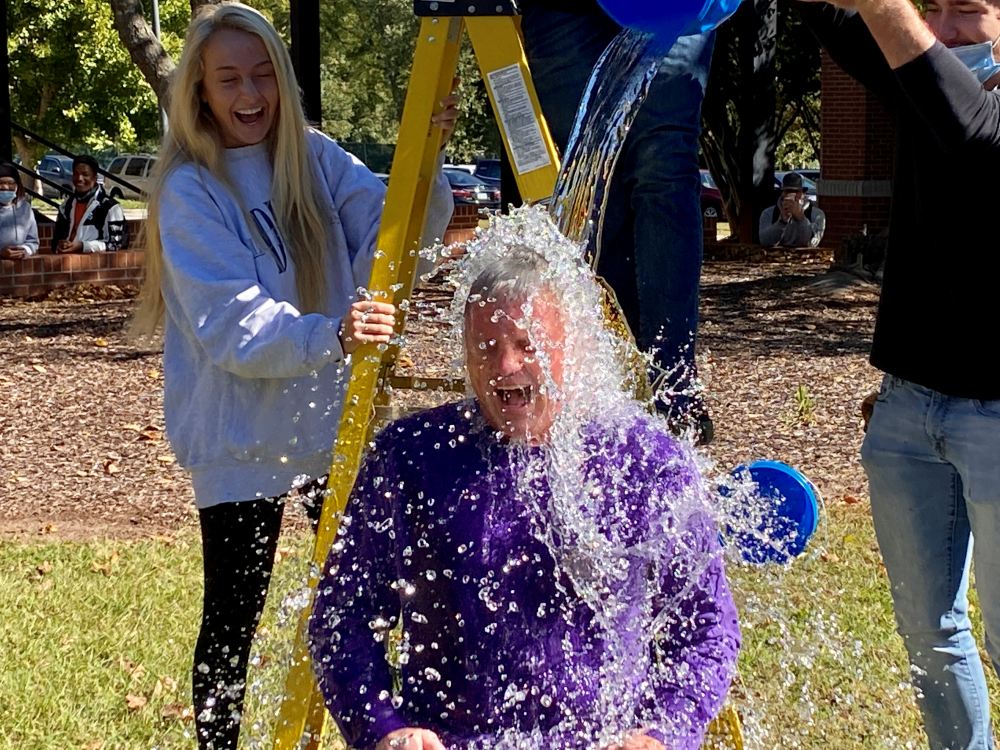 Three staff members didn’t raise enough, however, and were soaked in the school courtyard during lunchtime.

“It was funny,” Austin said. “It was our principal and two of our guidance counselors, which a lot of people at the school like. They were embarrassed and everyone watched, but everyone had a great time.”

The students will present their awareness project at a DECA competition on the local level and then, hopefully, at the state level next school year.

“We plan on doing more in the project, raising money, spreading awareness, now until then,” Austin said.

The stigma often associated with colorectal cancer doesn’t seem to enter the students’ minds. In fact, they’re proud of their work.

“I am not embarrassed to talk about a topic like this,” Mary said. “It’s a real thing, it happens to a lot of people, and it should be talked about.”