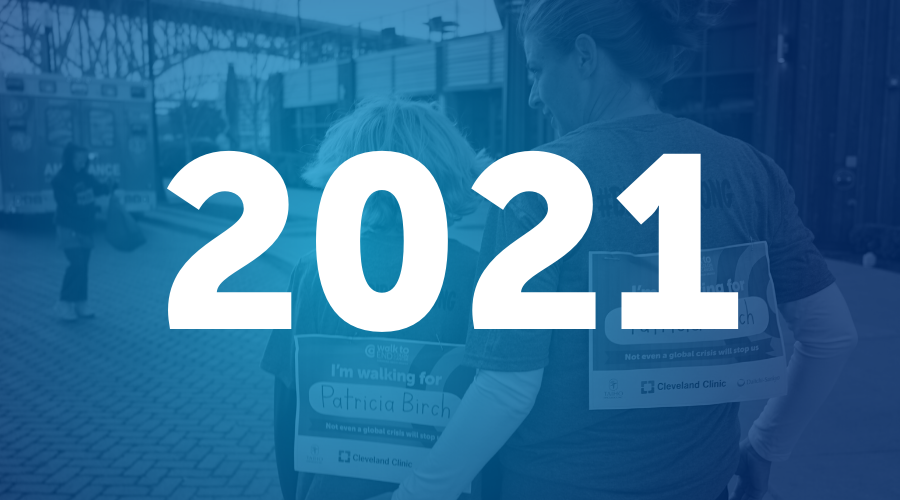 Our vision is a world free of colorectal cancer. In 2021, the Alliance's supporters brought us closer to that reality, and — just as important — helped bring us closer together as a nation of allies.

Here are just a few inspiring moments from the last year, all of which were made possible by our supporters and allies.

In May, the recommended age to begin screening for colorectal cancer was lowered to 45 years old for people at average risk. The update reflected the changing face of colorectal cancer and allows more than 20 million additional people to access screening. Allies played their part by sharing their stories and, when the update came, sharing the amazing news.

The new screening age inspired and amplified calls to get checked. The Alliance provided screening recommendations for individuals based on personal risk factors through this short quiz. During March’s National Colorectal Cancer Awareness Month, allies helped us collect nearly 10,000 pledges to get checked.

In July, the Alliance announced a $3.4 million investment by three industry partners and Board member Brooks Bell to address health disparities in colorectal cancer, specifically among underserved communities who face barriers to accessing prevention methods. Our partners were Exact Sciences, LetsGetChecked, and BLKHLTH/Cottonelle.

Programs for Treatment and Healthy Living

The Alliance continued to expand its patient-focused programs. The new Personalized Treatment Program used Perthera’s artificial intelligence to match patients with treatment options that will work best against their specific tumor — letting anyone, anywhere get world-class care for free. The expanded Integrative Health and Wellness Program increased support for the colorectal cancer community through novel approaches in physical, mental, social, spiritual, and environmental well-being.

For a second year, the Alliance’s AllyCon national conference took place in a virtual environment. More than 700 patients, survivors, and caregivers registered for nearly two dozen sessions on topics ranging from biomarkers to mental health, plus networking opportunities. Session recordings are available here.

Through the Go To Know campaign, Philadelphia-based WURD Radio, the Colorectal Cancer Alliance, and other organizations raised awareness about the impact of this disease on the Black community and provided free screening kits to those who needed them, including a Tennessee man named Donnie.

The Op45 advocacy campaign worked to speed insurance coverage of the new guideline to start screening at 45, as some providers don’t have to comply until 2023. The first major success came in October when UnitedHealthcare made a decision to cover screening at 45, immediately benefitting an estimated 2.5 million people. OP45 continues and is looking for storytellers who were diagnosed between the ages of 45-49. Get involved here.

Since 2016, the Alliance has provided more than $3 million in funding to outside researchers seeking to accelerate new treatment and detection methods. Two grants supporting early-stage research helped provide the scientific basis for additional funding from the federal government, which totaled more than $6 million. Dr. Megan Hitchins’ project on blood-based screening tests was one. Learn about all of our research here.

The Alliance welcomed several experienced leaders to senior roles. Our Vice President of Prevention, Marcie Klein, joined us from The Leukemia & Lymphoma Society, where she served as Chief Communications Officer. Our Vice President of Data Intelligence and Technology, Sam Harper, joined us from DC-based Taoti Creative, where his expertise was integral to expanding the company from a staff of six to more than 50. In January, Lee Dranikoff became the chair of the Alliance Board of Directors, and Craig Melvin became a director in March.

And That’s Not All

Ending colorectal cancer will take every one of us. Thank you for your support!